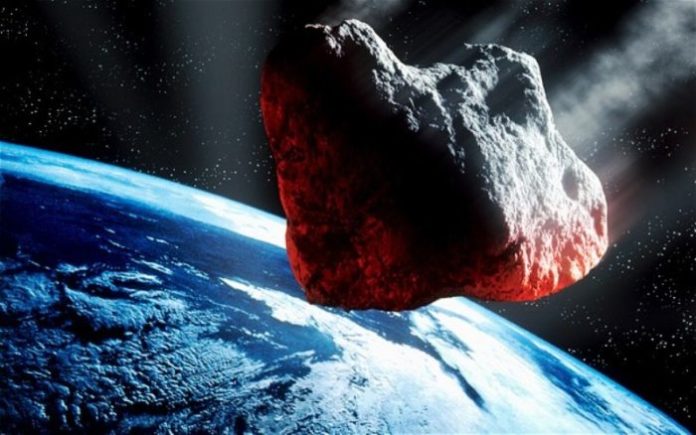 Many conspiracy theorists have predicted that 2017 will be a difficult year. In fact, some even suspect it will be the year signifying the End of the Age.

At the beginning of the year, British prominent author David Meade revealed a massive unknown death planet — planet X — is about to hit Earth, killing us all. Meade gave a detailed description on how the unknown planet would collide with ours. He said on September 23, 2017, the moon will appear under the feet of the Constellation Virgo. At the same time, the Sun will also appear to precisely clothe Virgo. Only this event that occurs in 2017 constitutes a ‘birthing.’ This is when planets traverse within the legs of Virgo. The next event following this process is Planet X (the unknown planet) fully eclipsing the Sun and covering the whole Earth. A full moon in shadow would occur on the next full moon date – Thursday, October 5, 2017, signifying the End of the Age. Planet Earth would be destroyed along with humanity.

Meade claimed that the global elite (the 1%) are very aware of this impending doom, and are preparing themselves for the disaster, already having built bunkers, hoping to use them to survive the collision. In 2016, the United States National Aeronautics and Space Administration (NASA) detected a strange stone-like object heading towards Earth. NASA said it is unsure, but the object could be a comet or an asteroid. NASA has codenamed the strange object ‘2016 WF9’. The object is believed to be 0.3 to 0.6 miles (0.5 to 1 kilometre) across. Object 2016 WF9 was discovered by NASA’s NEOWISE mission.

According to NASA, object 2016 WF9’s body resembles a comet in its reflectivity and orbit, but appears to lack the characteristic dust and gas cloud that defines a comet. NASA said over the course of 4.9 Earth-years, 2016 WF9 has travelled inward, passing under the main asteroid belt and the orbit of Mars until it will swing just inside Earth’s own orbit. NASA later announced that the mysterious object will safely pass Earth at a distance of nearly 32 million miles (51 million kilometres) on February 25, 2017. “The trajectory of 2016 WF9 is well understood, and the object is not a threat to Earth for the foreseeable future,” NASA wrote on its website.

This NASA announcement calmed many nerves. The most recent object from space to have hit Earth happened in Russia on February 15, 2013, known as the Chelyabinsk Event. The object, which was later identified as an asteroid, is said to have an initial mass of about 12,000–13,000 metric tonnes, and measures around 20 metres in diameter. To contextualize it, the object was heavier than the Eiffel Tower. All though no death was reported, it caused many injuries to people in the area. Almost 1,500 people sustained various degrees of injuries and over 7, 200 properties, including domestic and commercial buildings were also destroyed.

Dr Zakharovich said the data that he gathered on object 2016 WF9 indicates it originated from the fictional planet known as Nibiru, also sometimes referred to as Planet X. Nibiru is a hypothesized planet on the edge of our solar system, which conspiracy theorists such as Meade, believe will crash into Earth in September 2017.

Although NASA has consistently denied the existence of such a planet, conspiracy theorists, including Dr Zakharovich, have insisted it exists, and that NASA is deliberately hiding it from the public to avoid widespread fear and panic. According to NASA, if Nibiru or Planet X were real and headed for an encounter with the Earth, astronomers would have been tracking it for at least the past decade, making it visible, by now, to the naked eye. However, Zakharovich said 2016 WF9 is on its way to Earth, and that if we are fortunate for the object to fall into the ocean, it would cause a mega-tsunami; if it falls in a human populated area, it would destroy many lives.

“The object they call WF9 left the Nibiru system in October when Nibiru began spinning counter clockwise around the sun.  Since then, NASA has known it will hit Earth. But they are only telling people now. We are all in peril,” he said. Zecharia Sitchin, a Soviet-born American writer, first wrote about Nibiru in his widely publicized book ‘The 12th Planet,’ in 1976. Sitchin claimed in the book that Nibiru was inhabited by a race of ‘ancient aliens’ – the Annunaki – who had created the human race.

The book was purchased by thousands, and is still relevant to many people throughout the United States and other parts of the world, today.

This article (NASA Detects Strange Big Rock En Route to Earth, Conspiracy Theorist Says it Will Cause Mega-Tsunami) is a free and open source. You have permission to republish this article under a Creative Commons license with attribution to the author and AnonHQ.com.