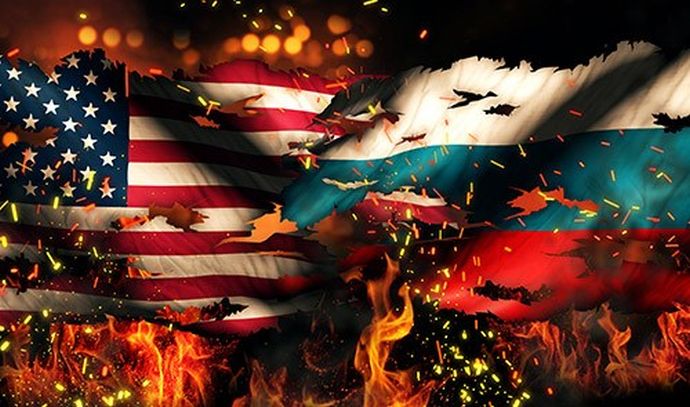 World War III is just around the corner, the planet is teetering on the brink of all-out conflict, the future is gloomy, a worldwide conflict is looming. Could the fear and prediction of citizens of a few western countries be right? Is World War III on its way?

In a recent piece for Time magazine, former Soviet leader Mikhail Gorbachev cited simmering tensions between NATO and Russian forces along the borders of Eastern Europe, warning of an imminent nuclear war:

“More troops, tanks and armored personnel carriers are being brought to Europe. NATO and Russian forces and weapons that used to be deployed at a distance are now placed closer to each other, as if to shoot point-blank. It all looks as if the world is preparing for war… The nuclear threat once again seems real.”

As part of the European Reassurance Initiative and Operation Atlantic Resolve, 3,500 troops were assigned to the U.S. Army’s 3rd Armored Brigade Combat Team (Iron Brigade) of the 4th Infantry Division; 87 tanks, and 18 Paladins; 419 multi-purpose and 144 Bradley tanks; as well as approximately 2,000 armored vehicles and trailers also recently completed their mission, convoying across the border from Germany to Poland for their nine-month deployment.

What is seen as the largest deployment of U.S. forces in Europe since the end of the Cold War 25 years ago, is intended to counter what NATO portrays as Russian aggression in Eastern Europe, following Moscow’s annexing of Crimea from Ukraine in 2014. At a press briefing, the U.S. Army and NATO Generals, however, told reporters that they should prepare for World War III with Russia in the very near future.

If the U.S. wants peace with Russia, it must prepare for war in Europe. They are convinced that war is a peace-making endeavor. Major General Timothy McGuire, deputy commander of the U.S. military in Europe, told reporters when asked if the large deployment was meant to send a message to Russia:

Beginning in February, the U.S. Army will send its 10th Combat Aviation Brigade, with about 50 Black Hawk and 10 CH-47 Chinook helicopters and 1,800 personnel, as well as a separate aviation battalion with 400 troops and 24 Apache helicopters across Poland, the Baltic states, Bulgaria, Romania and Germany.

“Tanks never create peace anywhere. Quite the contrary, a troop deployment of such a scale is part of always increasing buildup and provocation.”

“Any country can regard a buildup of foreign military presence near its borders negatively and it will do so. This is precisely the way we see it. We interpret this as a threat to us and as actions that endanger our interests and our security. It’s a third country that is building up its military presence on our borders in Europe. It isn’t even a European country.”

In its response, Russia deployed the S-400 Triumph air defense system for the air defense of Moscow and the central industrial region of Russia. The anti-aircraft missile system, reports RT, is capable of hitting moving U.S. and NATO missiles at a distance of 400 kilometers, as well as ballistic targets moving at speeds of up to 4.8 kilometers per second at altitudes.

America’s ‘peace-making’ efforts have drawn not just Russia’s but China’s and North Korea’s ire as well (deployment of a squadron of elite fighter jets to bases in Japan to protect itself from North Korea, and vowing to wage war to bar China’s access to disputed islands in the South China Sea).

In a televised address on New Year’s Day, North Korean leader Kim Jong-Un warned “unless the U.S. and its vassal forces stop nuclear threat and blackmail and unless they stop the war exercises which they stage right at our noses under the pretext of annual exercises, the DPRK would keep increasing the military capabilities for self-defense and preemptive striking capacity with a main emphasis on nuclear force.”

As a warning shot at Donald Trump, the Chinese military leaked the images of the Dongfeng-41 — an advanced intercontinental ballistic missile system deployed in the Northeast. China’s state-run Global Times describes it as a nuclear solid-fuel road-mobile system with a range of 14,000 kilometers and a payload of 10-12 nuclear warheads that can target anywhere in the world.

This article (US Army, NATO Generals Confess: World War III with Russia is On) is a free and open source. You have permission to republish this article under a Creative Commons license with attribution to the author and AnonHQ.com.