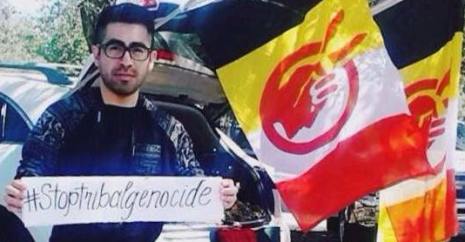 I was recently contacted by a member of an all too forgotten segment of our population, the Native Americans.  Emilio Reyes is a Native American activist who has taken up the banner in an effort to eliminate a growing problem in the Native American community, tribal disenrollment. Tribal Disnrollment is the systematic purging of Native American tribal membership by tribal leaders.  Many tribal members are forced to verify their heritage and if they cannot, they are purged from the tribal roll.  Many times, members are disenrolled because they have ancestors who moved off of tribal lands.  Reyes believes the issue goes beyond heritage and the primary motivating factor behind disenrollment is money.  “Tribal disenrollment is because of Casino profits”, Reyes stated in an interview hosted on his website www.originalpechanga.com. According to Reyes, the less people in the tribe, the less people you have to share the profits with.  Disenrollment fundamentally ex-communicates the member from the tribe, cutting them off from their way of life, their familiar customs and language and forces some members to integrate with white society and culture.   Disenrolled tribal members in essence become trapped between two worlds; the world from which they have known all their life and a new world in which they struggle to assimilate into and gain acceptance from. Emilio Reyes has taken his crusade to the steps of the United States Senate. Reyes has penned a letter to all Senators of the US in hopes to gain some much needed attention to a problem most of which never knew existed.  This is that letter.

“Dear Senators of the United States,

Throughout Indian Country, Tribal officials have taken actions which have denied and/or stripped ten thousand individual Indians of their citizenship rights and privileges as Tribal members and denied them access to federal benefits and programs in the areas of housing, education, health, voting and public works assistance. In most cases, these rights have been stripped without due process.

If you recall, in President Obama’s State of The Union, he said this: “But rarely we can agree that the right to vote is sacred; that it’s being denied to many. Well it certainly is TRUE in Indian Country, where many of us, who have been disenrolled can no longer vote in tribal elections or on a matter that will affect us.

The United States has a trust responsibility to the thousands of individual Indians whose basic rights have been infringed upon. Unfortunately, the Bureau of Indian Affairs has determined that their trust responsibility extends only to the Tribal government and government officials and not to the thousands of individual Indian victims.

We have contact both houses of Congress and Committee Chairmen. The role of the Chairman of the Senate of Indian Affairs should be to help facilitate (1) internal Tribal disputes that harm Native Americans and (2) the protection and preservation of individual Indians’ basic rights in internal disputes. His predecessor was disturbingly quiet when asked for help. Thousands of letters continued to be ignored. The Bureau of Indian Affairs (BIA), has abdicated responsibility and are leaving it to the Interior Board of Indian Affairs (IBIA) to overturn their decisions. In fact, The BIA may be culpable in some of the misdeeds, as we’ve seen in the San Pasqual descendant’s issue, where Indian Affairs allowed NON Natives (Fake Indians) to control Tribal interests. Few Tribes actually have tribal courts. And, in most cases, the Tribal government officials responsible for the violations of law are the very same people who pass judgment as to whether or not laws have been violated – they are the judge, jury and alleged criminal all rolled into one. Tribal sovereignty was given to protect Native rights, not to have Tribes violate our own rights.

In some instances, the illegal actions occurred decades ago, however, there has been a marked increase since Indian Gaming has evolved into a multi-billion dollar business. Tribal leaders justify their right to systematically deny and/or strip basic rights and privileges from their citizens under the guise of Tribal sovereignty. A gentle reminder: The Republic of South Africa was a sovereign nation also, and the United States stood up to that oppression, thanks to the Congressional Black Caucus. The Honorable Diane Watson spoke out against Tribal Disenrollment.

Presently, the Bureau of Indian Affairs and the Department of the Interior are in violation of the Trust Responsibility, The Indian Civil Rights Act of 1968, U.S. Constitution Rights, The American Indian Religious Freedom Act, The Convention on the Prevention and Punishment of the Crime of Genocide (CPPCG), as well as the ratified 18 treaties that protects California Indian rights. Nevertheless, Tribal disenrollment is growing rapidly all over the Country in violation of many tribal constitutions that are being ignored by tribal chairman and councils.

The Bureau continues to ignore Indian rights and claim to have no jurisdiction, See Santa Clara Pueblo v Martinez 436 U.S. 49 (1978). Although, congress has plenary power over Indian Affairs, See U.S. Const. – Art. 1, Sect. 8, Cl.3 with the authority to waive Tribal Sovereign immunity and open investigations with all tribes who for decades have practice Tribal Disenrollment and civil right violations.

The time is right for you to stand with us in this civil rights violations against the corruption that has spread throughout Indian Country. In addition, do you believe that Tribal sovereignty and the protection of basic individual rights are mutually exclusive of each other? Should sovereignty be wielded like a club to beat the weak and defenseless?

I am inviting you to help us maintain our culture and help protect Native rights. No citizen of this world deserves to be treated unfairly. We are human beings, and as the first people of this country, the United States has a duty to honor every American Indian treaty and has a responsibility to protect Indian Rights. For more information on Tribal Disenrollment, please visit or follow the hashtags #StopTribalGenocide and #StopDisenrollment on Facebook and Twitter.

Also look for Emilio Reyes on an upcoming episode of The Anoncast, the Official Podcast of AnonHQ.com.