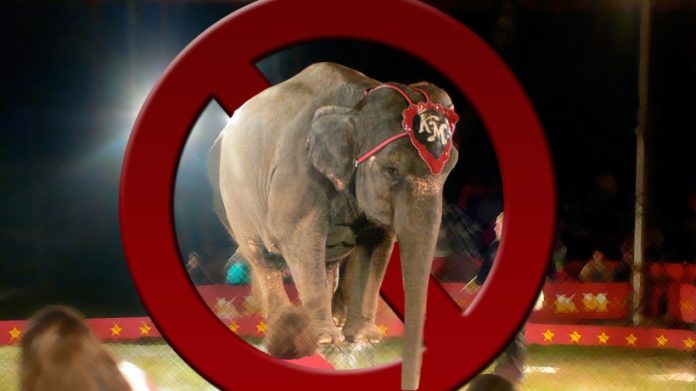 Wild animals, such as lions, bears, elephants, and giraffes, will no longer have to endure extensive travel or life in cramped, poorly-laid-out enclosures for the sole purpose of entertaining humans.

As has been shared before, life for an animal in captivity is not at glamorous as it might appear to be in the ring. Oftentimes, circus animals undergo rigorous training (causing mass amounts of stress) and/or abuse inflicted by trainers seeking to instill fear.

Of the 22 active circuses in the Netherlands, 16 own a total of 119 various wild animals. Species that are banned from 15 September 2015 include giraffes, elephants, tigers, lions, zebras, sea lions and primates.

Wilde Dieren de Tent Uit, the association of Dutch animal welfare organizations, has spent the last nine years working towards the ban on wild animals in circuses to be carried out in the Netherlands. The association is now offering to help circuses find new, species-appropriate homes for the animals.

Nine European countries have already implemented a ban on keeping wild animals in circuses, including Austria, Greece, and Belgium. In addition, the Maltese president passed a similar initiative in October 2014.

After Costa Rica decided to close its zoos and free animals in captivity, this news certainly hints at more positive developments to come in the near future.

This article (Netherlands Bans Wild Animals In Circuses ) is free and open source. You have permission to republish this article under a Creative Commons license with attribution to the author and TrueActivist.com