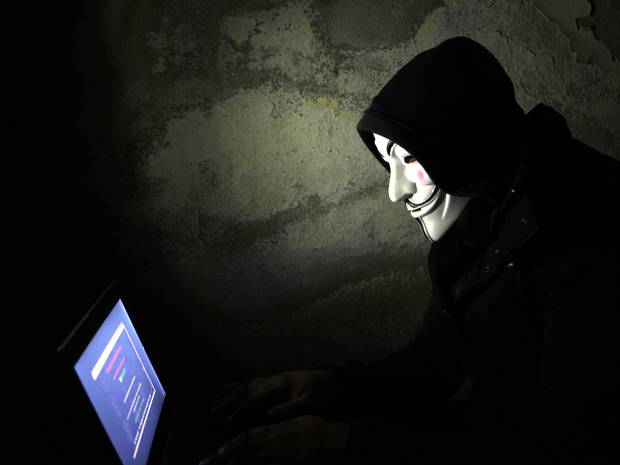 Hacker groups seem to be popping up everywhere these days. This is likely in response to the increasing militarization of the police, sky-rocketing rates of police brutality and the syphoning of all the wealth generated from the so-called recovery straight into the hands of the wealthiest 0.1%. Hacking, after all, is one of the few options a dissatisfied person has left to protest all of this without risking arrest, rubber bullets, tasers, pepper-spray and chocking.

This time, .gov websites are being targeted by the new kid on the block. Just last week all of Maine’s government websites crashed for about three hours, due to a series of distributed denial of service (DDoS) attacks. On Tuesday Maine.gov went down again for about two hours.

A hacker group calling itself “Vikingdom2015” claimed credit for the attack on Twitter, using the hashtag “#OpAmericanGov” it stated that both Maine.gov and VisitNH.gov were offline.

When asked why it targeted Maine’s website, its only reply was “cause they are dumb,” reports the Portland Press Hearld. Not disagreeing, but one would hope that new hacker groups think a little bit harder about their motivations and try to be just a bit more specific before they bring down websites…. Lacking any motivation, such a hack would seem to be rather pointless.

Vikingdom2015’s only claim to fame appears to be its Twitter presence. This group, or perhaps just a lone individual seeing as “Vikingdom2015” seems oddly anticlimactic for a hacker group’s name, writes tweets about hacked websites.

It specifically seems to target US government websites. According to its oh-so-credible Twitter bio, it originates from Russia. However, the account also tweeted “LOL WE AREN’T FROM RUSSIA”, reminding the Mainstream Media that Twitter Accounts are hardly fonts of wisdom and truth…. as quick as they are to #blameputin.

The group has a formal list of potential victims; Two days ago Vikingdom2015 released a document on Pastebin, a “Target List” that includes 44 .gov websites, each domains for specific states.

Vikingdom2015 also links to a SoundCloud page, which contains a single track that details its plans. With the usual cliché techno-keyboard tracks and computerized voices that trumpet “believe me, I am an authentic hacker group”, it says, “Hello. We are Vikingdom2015, a hacking crew, and we uploaded this track so we can warn American citizens. We will knock all American governments’ websites offline. We do not care if we get caught. We all like doing this. So you better be prepared for the battle.”

The group has been actively tweeting for the last two weeks, taking credit for numerous site outages, including OKC.gov, which went down twice.

Many of its hacking claims remain unverified, however; the group’s claimed that it had taken down the video game streaming site Twitch on March 18. Twitch had notified its users that its servers had been compromised and told its users to change their passwords, though it is unlikely that Vikingdom2015 had anything to do with it.

Choosing to provide few details at all, or even which sites will be targeted next, it continues to claim credit for DDoS attacks without providing much proof of being the mastermind. However, giving it some credibility, it got into an argument with the Bangor, Maine Fox affiliate WFVX.  WFVX’s website was soon offline. Judge for yourself if this is a potent new hacker group or an individual who is claiming credit for the actions of others. A beacon of justice, or a random enraged vigilante.