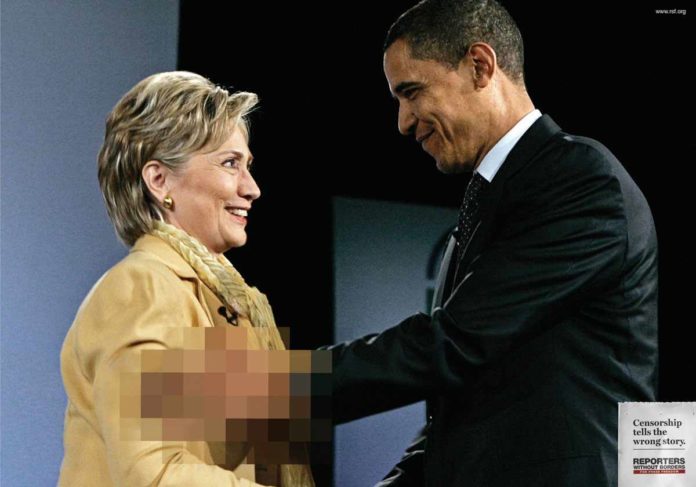 Obama has often claimed that his administration is the most transparent, and one of his election promises was to hold himself accountable to the American people by improving transparency. Unfortunately, words are wind, and the opaque Obama administration censored government files or just outright denied access to them more often in 2014 under the Freedom of Information Act (FOIA) than at any time in the  history of the United States. This statistic comes just days after the White House itself from FOIA altogether.
Obama’s administration took longer to turn over files, claimed that it could not locate documents more often and. refused to even record the number of FOIA requests. 200,000 FOIA requests remain unanswered, 55% up since last year.

647,142 requests of the 714,231 made last year were answered, but 39% of these had redacted information. Sometimes only a few words were censored, but more often entire paragraphs would be removed and the reader is left with only a few words that had no context to string together.

Of the requests answered, some 215,584 were responded to by denying that the administration could locate the records or claiming that the request was unreasonable.

These revelations come from data obtained from all filings made to 100 federal agencies. Questionably, the Obama administration finds these figures to be something worth praising itself for.. “We actually do have a lot to brag about,” White House spokesman Josh Earnest said.

According to their calculations, it had responded to 91% of requests. However, his figure does not include the times it could not find records, the times where a request was deemed inappropriate and the times when a person refused to pay for copies. Even at 91%, it is still an all-time low for the administration. Ironically, these numbers have been released during Sunshine Week. Sunshine must be rather difficult to come by, what with all the climate change it would seem….. Vampires, bloodsuckers and politicians everywhere, rejoice!