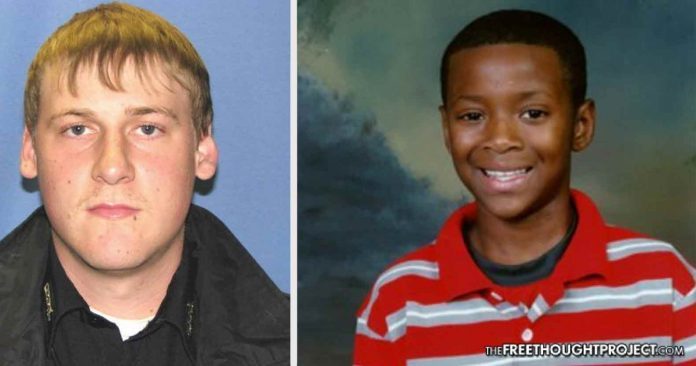 The story of Bobby Moore is a tragic and mostly forgotten one. Bobby Moore was a 15-year-old black teenager gunned down by a Little Rock Arkansas cop. Officer Josh Hastings was investigating am alleged string of burglaries in the area when he spotted Moore and two others in a vehicle. Moore and his friends tried to flee from the area. Hastings fired three shots into the car, killing Bobby instantly. Hastings used the I feared for my life excuse, despite the fact the car was in reverse and he was in front. After two hung juries and a decision not to retry the case, Bobby’s family finally received justice in the form of a civil trial. Bobby’s family was awarded $415,000 that Hastings must pay out of his own pocket. Bobby Moore was killed years before Mike Brown and the Black Lives Matter movement. His death came before the widespread outrage over killings like his own. Surprisingly enough, for Hastings to be brought to trial over this killing – in Arkansas of all places – the evidence must have been overwhelming. Despite the internal investigation and the prosecutor’s decision to file charges, Hastings’ lawyers were able to confuse the jury over which direction Moore’s car was traveling before he was shot.

Despite the fact that when the vehicle was examined by police, it was in reverse. This destroys Hastings’ defense that the vehicle was driving forward in his direction. The defense even brought in expert witnesses who backed Hastings’ claims that the vehicle was driving toward him. Juries, as usual, couldn’t wrap their head around the fact that police aren’t always the good guys. Law enforcement sympathies always play a role in officer-related trials. Combine this with the obscuring of the facts by the defense team and the result is two hung juries. Understandably, the prosecutor simply didn’t have the resources to try again. According to the Moore family attorney, Mike Laux: “This was never about money for this family, never about money. Never. This has been about justice and it’s been about the truth.” Laux had more to say about Hastings and the death of Bobby Moore, however. “I don’t think Josh Hastings is an evil guy but I think he’s a chronic liar and I think the shooting of Bobby Moore was unjustified and he lied about it.”

Hastings, who walks the streets a free man, made no comment to the press. His lawyer Matthew Wren, however, did. “Certainly from the way we view things, we don’t agree with it. but they heard all the evidence and that’s their job to decide what they want to do.”

Juror Lenny Brewer talked to the press and made this heartfelt statement, “Maybe across America we’d see we need to start working together and I just pray for wellness for both sides. that’s why I stood here. Wrong’s wrong no matter who does it. right’s right no matter who does it. We need to try to do more right instead of wrong.”

The jury’s decision to award the Moore family with $415,000 may seem a little low when similar cases have resulted in multi-million dollar settlements. What makes this case different is that Hastings is required to pay the money out of his own pocket, not at the expense of taxpayers. This sends a signal to law enforcement everywhere that they have their own personal assets at stake when they pull the trigger. While many police departments are held financially responsible for the acts of overzealous officers, make no mistake about it, this is by choice. Every department has the right and ability to decide whether or not they want to accept liability for the officer, which makes nearly every settlement ever paid, a cover-up. In this case, at least the family will receive cold comfort knowing they achieved justice on some level.

This article (Officer Who Murdered Bobby Moore Ordered to Pay $415,00 Out of His Own Pocket) is a free and open source. You have permission to republish this article under a Creative Commons license with attribution to the author and AnonHQ.com.