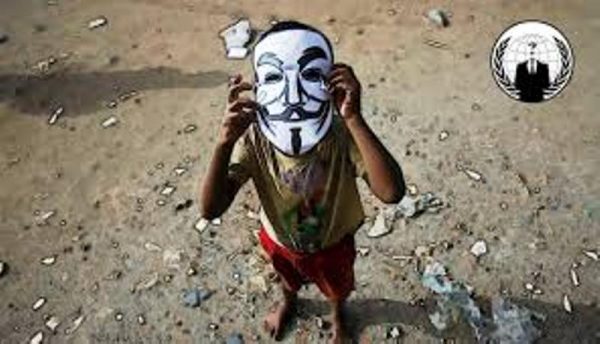 The online hacktivists group, Anonymous has attacked the Foreign Affairs Ministry of Kenya, leaking huge amount of sensitive data from its communication systems.

According to Anonymous, the cyber attack on Kenya’s Foreign Ministry is part of the ongoing Operation Africa (OpAfrica), which was launched last year against child abuse, child labour and corruption in many African countries.

The attack on the Kenyan government was said to be very sophisticated; that the attackers were able to breach the Foreign Ministry server, stealing huge amount of data. The attackers later released some of the data on the Dark Web.

Hack Read reports that some of the data contains confidential and non-confidential PDF and Docx files from the ministry server, including email conversations, security related communication, international trade agreements and letters discussing the security situation in neighboring South Sudan. Other documents also obtained by the hackers include conversation related to weapon clearance in Namibia, details about a business collaboration deal between Kenya and Oman, and several other documents discussing other state officials visiting the country.

One of the attackers told the Hack Read “We have 1TB of data but at the moment, we have leaked just one portion of it. In a few days you will receive full disclosure of the data. We the Anonymous will stand against corruption, child abuse, and child labour! The government of Kenya should have expected.”

Currently, the OpAfrica campaign by Anonymous is gaining attention and momentum on the continent and beyond. The operation has so far been carried out in Rwanda, Uganda, Nigeria, South Africa, Tanzania, Ethiopia and others countries.

The operation is still ongoing, and will possibly lead to more countries being attacked, to expose the corrupt dealings of the governments. The Anonymous faction involved in this current leak in Kenya have promised that they are still analyzing the data they have obtained, and that they will release more details soon.

Sources within the Kenyan Foreign Ministry admitted that the ministry is very worried about the attack, and that it has become a nightmare for some individuals who might have committed some form of corruption, and who are hiding it from the public.

We are still following events as they unfold in Kenya. We are also monitoring the statements of the attackers, and will report on the latest.

This article (OpAfrica: Anonymous Attacks Kenya’s Ministry of Foreign Affairs, Exposes Sensitive Documents on Corruption) is a free and open source. You have permission to republish this article under a Creative Commons license with attribution to the author and AnonHQ.com