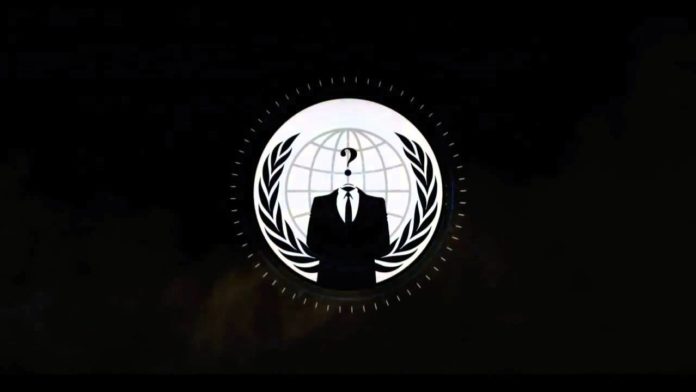 Jeanette Anaya was fatally shot by a New Mexico State Police (NMSP) Officer, Oliver Wilson, on Nov. 7, 2013. Despite strong evidence that Wilson was not in any danger when he shot and killed Anaya, a Santa Fe “investigative” grand jury ruled it justifiable homicide, and Wilson continues to be employed as an NMSP officer.

A video uploaded to Anonee Mooseguy’s Youtube channel demands that NMSP arrest and charge Wilson for Anaya’s murder, then goes on to allege Wilson has engaged in criminal activity involving a child: “We also know of his child abuse case and you, clearly, are covering for this officer.”

According to the investigative grand jury transcript, Wilson testified that he believed Anaya’s driving indicated she might be “impaired or under the influence of alcohol or drugs,” so he signaled for her to pull over.

Anaya did not pull over. Her passenger, Jeremy Muñoz, testified that she told him she didn’t want to stop because there was a warrant out for her arrest. Santa Fe Reporter (SFR) stated the warrant was for a misdemeanor charge of concealing her identity.

When Anaya ignored Wilson’s attempt to stop her, he decided to engage in a pursuit. A high-speed chase ensued.

When Anaya’s vehicle had slowed down sufficiently, Wilson used the Pursuit Intervention Technique (PIT) to stop it – “pushing the rear portion of the vehicle until it stops,” he explained in his testimony.

Wilson then got out of his car. He testified that Anaya reversed towards him – claiming she deliberately accelerated towards him – and he began shooting in response, fearing for his safety:

“I remember the rear windshield of the vehicle coming towards me, and I remember firing my weapon. I remember seeing the muzzle go up and down. I remember feeling terrified and my thought was to prevent myself from being crushed between the two vehicles.”

Wilson’s version of events was supported by several other police officers who testified before the grand jury.

Muñoz contradicted Wilson’s account, and that of the other police officers. Muñoz testified that Anaya backed up in order to position her car to enable forward movement, and Wilson opened fire as they were driving away from him:

“Jeanette backed up, made contact with his car, and as we tried to, we tried to drive off and pull forward to leave the scene is when the shots opened, you know, he started … the police officer opened fire on us.”

What does the dash cam say?

The evidence from Wilson’s dash cam meshes with Muñoz’s testimony, not Wilson’s. While some of the action occurs outside the frame of the dash camera, between the audio and visual captured, putting together the sequence of events is relatively straightforward.

The video indicates there are two impacts: the first brings the police car to a halt and the second, a few seconds later, happens while the police car is stationary.

The first impact is consistent with the PIT, which both Muñoz and Wilson describe in their testimonies.

The second impact, indicated by a crashing sound and debris flying in front of the dash cam, could only have been caused by Anaya’s vehicle hitting Wilson’s vehicle (because Wilson’s vehicle had been stationary for several seconds when it happened).

The testimonies of both Muñoz and Wilson agreed that Anaya’s car made contact with Wilson’s police unit when she reversed.

The point of contention is when, exactly, Wilson began firing. Wilson claims that he started firing as Anaya was reversing towards him: “right before the, the vehicle struck, I fired.”

The dash cam footage, however, does not support Wilson’s claim. Moments after the second impact Wilson yells “put your hands up,” which is followed by the sound of gunshots. This means he could not have been firing at Anaya’s car as she was reversing towards him – if that was the case the gunshots would have been heard before the second impact.

The dash cam footage is consistent with Muñoz’s testimony that Wilson began shooting after Anaya’s car made contact with Wilson’s car.

The problem with the investigative grand jury

Even if the investigative grand jury had deemed Wilson’s fatal shooting of Anaya an unjustifiable homicide, it’s highly unlikely he would have faced criminal charges. In New Mexico, investigative grand juries do not have the power to issue a bill of indictment for a police shooting, they are only able to decide whether or not the homicide was “justified.”

A joint investigation by SFR and New Mexico In Depth (NMID) revealed that investigative grand juries, used in two jurisdictions in New Mexico and only used for police shootings, serve to ratify a prosecutor’s decision and are effectively designed to clear police of any wrongdoing.

Even if a grand jury rules the homicide “unjustified,” which is exceptionally rare, it does not mean the officer in question will be subject to appropriate recourse under the law. In fact, the SFR/NMID investigation found only two cases in which New Mexico investigative grand juries had found homicides “unjustified,” and none of the three officers in question were ever charged with criminal offenses.

Civil rights attorney Tom Clark, who is representing the Anaya family, said to SFR: “What’s the point, really? If a shooting is not justified, there needs to be some recourse.”

The tragedy of Jeanette Anaya’s death has been minimized by a system that is set up to rule police shootings “justified,” even in the face of strong evidence to the contrary. Worse still, if the justice system had given her death the rigorous and impartial examination it deserved, a different finding wouldn’t have been any more likely to bring her killer to justice.

Perhaps the investigation by SFR/NMID, along with the knowledge that Anonymous is now watching closely, will catalyze much-needed reforms in the New Mexico justice system.

This article (#opjusticeforJeanette Engaged: A Message to New Mexico State Police) is a free and open source. You have permission to republish this article under a Creative Commons license with attribution to the author Bullseye and AnonHQ.com.