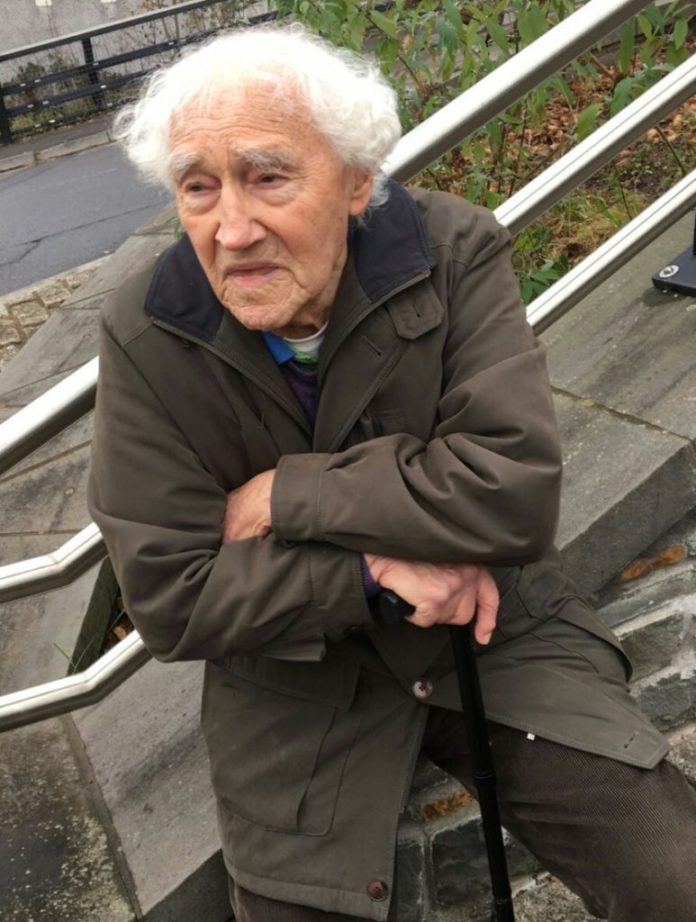 The Hunted One, a team of pedophile hunters, who pose as schoolgirls on the Internet to trap vile sexual predators looking for underage sex, has sent 92-year-old Wales resident Ivor Gifford to prison for sending explicit texts and photographs of his genitals to an 11-year-old girl (actually, The Hunted One), and for trying to meet up with her for sex, after grooming her online.

Pedophile hunters Andy Bradstock and Ben Walter-Bleach, who have snared over 40 police-dodging pedophiles through their operations, insist that they’re not a vigilante group and that their work catching child predators isn’t entrapment. The duo, who spends hours posing as children and speaking to adult men through online chat rooms, explained their work to the host of Good Morning Britain:

“We post in a chat room and all the way through the chat we remind them who they’re talking to. We say ‘we’ve been at school today’, ‘my mum’s at home at the moment’. It’s up to people if they want to engage with the child, the first thing we say is how old – you know 9-10/11-12 – and it’s up to them if they want to carry on the chat.

“A lot of them want to speak to you on the phone so we divert them and keep it simple through text messages and social media apps. We don’t entice them, we don’t entrap them, and we don’t lead the conversations. As soon as we get enough evidence and that person wants to meet the child we then go and confront these people.”

While the vigilantes insisted that in the 43 cases they’ve dealt with, none of them have been on the police radar, Police Chief Constable Simon Bailey condemns The Hunted One:

“The perception is that they might be helping the police but what we don’t understand is how many operations are being mounted by these groups and how many occasions are the meetings not taking place with the intended target… Also we don’t know what evidence could be lost.”

Is it wrong for the members of the public to hunt down pedophiles or is it unfair and archaic to dismiss the work The Hunted One does? Please share your thoughts in the comments section below…

This article (Pedophile Hunters Trap World’s Oldest Sexual Predator Trying to Meet 11-Year-Old Girl for Sex) is a free and open source. You have permission to republish this article under a Creative Commons license with attribution to the author and AnonHQ.com.