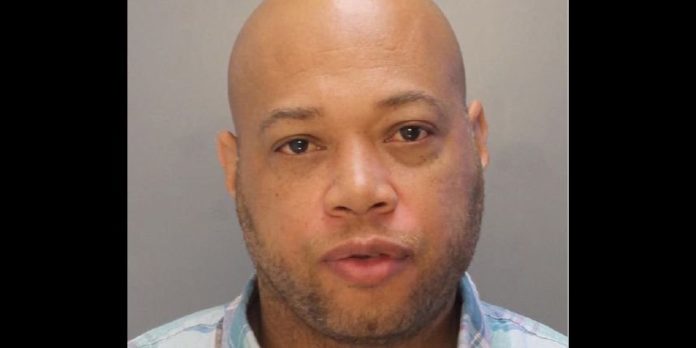 A Philadelphia cop has been charged with a number of crimes stemming from his attempt to kill his own son. The twenty-five-year veteran of the Philadelphia Police Department, Dorian Young, was charged with attempted murder, aggravated assault, simple assault and possessing an object of the crime – all of this over an argument about the family car. According to reports, Young and his son had an argument that resulted in him calling 911. The situation had calmed, yet Young felt the need to win the argument at all costs. The initial report from investigators stated, “Young walked away from his son and called 911, but then went back, and broke down his son’s bedroom door and began fighting with him, Williams said. The fight moved from the bedroom into the hallway, where Young ended up on his back as his son stepped over him and tried to get away by walking down the stairs, said Tariq El-Shabazz, deputy of the district attorney’s investigations division. As the teenager walked down the stairs, his father sat up and, with his legs extended in front of him, fired two shots, El-Shabazz said.”

Initially the Philadelphia Police Department attempted to cover up the event, claiming that it was an accidental discharge and a tragic accident. This was before it came out that Young had actually fired two bullets, one which nearly took off his own toe, and the other which struck his son in the back. The injury resulted in the removal of his spleen and a section of his colon. The District Attorney, Seth Williams, had a few words to share with the media over the incident. “You my son, and you aren’t going to keep disrespect us,” Williams told the media the words used by Young. “While this is a terrible tragedy, there is no excuse for what happened that day, and Dorian Young will be held responsible for having shot his son.” The actions taken by Young only demonstrate the continued need to dominate and win at all costs, even if it means the life of their child. The district attorney made sure the thin blue line didn’t close in around Young, who apparently has some friends high up in the department. Immediately after the incident, Police Chief Richard Ross told the press, “Apparently they got into some type of scuffle, argument or something. The off-duty (sic) accidentally or inadvertently discharged his weapon.” This was nothing more than a blatant attempt to close ranks and mislead the media into thinking there wasn’t a story.

Young, who had already been on administrative duty over an injury, was removed from active duty following the shooting, yet still allowed to work and catch a pay check. The arrest and charging of Young marks the first time a Philadelphia cop has been charged in a shooting, despite over 100 officer involved shootings in the past few years. Unfortunately, more and more cops are being arrested only to be let off by a jury, who are unable to determine whether or not police have the ability to commit crimes. The reality is that despite the arrest, there is still a significant likelihood that Officer Young will ultimately walk without having to answer for what he has done.

This article (Philadelphia Cop Charged with Attempted Murder for Shooting His Own Son) is a free and open source. You have permission to republish this article under a Creative Commons license with attribution to the author and AnonHQ.com.