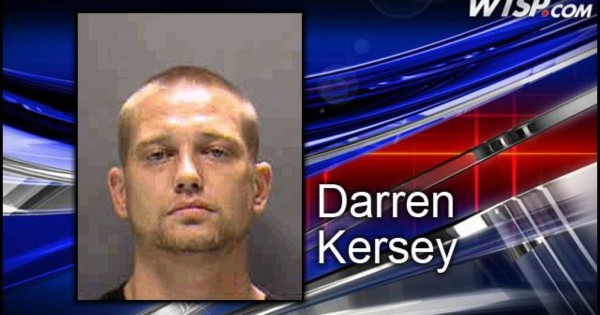 Some say this story is ridiculous. Others say is a joke and cannot be happening in America today. But whatever your mind tells you about the story, we can only vouch that it is a true story and has happened in America today.

In January this year in the city of Sarasota-Florida, a homeless man was arrested by the police because he was charging his mobile phone at a public picnic shelter called the Gillespie Park in the city centre.

Police Sergeant- Anthony Frangioni made the arrest and Darren Kersey-the 28-year-old homeless man had to spend one night in jail simply because he used a public property. He was later charged with Utilities Theft and his bail bond was set at $500. Darren was arrested on Sunday that day. Darren already is a homeless man and obviously cannot get that bail bond by anybody and Frangioni arranged him to face the law the next day.

Frangioni claimed that he told Darren that the “theft of city utilities will not be tolerated during this bad economy.” But is unclear what he meant by “bad economy”.

At the court of law to determine what should be done to Darren the following morning which was Monday, circuit court Judge-Charles Williams threw the case out, allowing Darren to walk free.

The judge said the police officer (Frangioni) basically made the law up and that he lacked any legal justification to make the arrest. Darren walked out of the court room very sad but at least thanked his stars that he did not fall for the police officer’s abuse. Those who heard the case during the trial became furious with the police officer and urged that a legal action should be taken against him for harassing and abusing a homeless poor man for no apparent reason or whatsoever.

Since the incident, Captain Paul Sutton of the city’s police department is said to be reviewing the arrest due to the pressure from the American Civil Liberties Union (ACLU) who now has expressed interested in the case to seek justice for the poor, homeless and the defenseless man.

Head of the legal panel for the Sarasota chapter of ACLU-Michael Barfield told reporters that the union is planning to put pressure on authorities in the city to house all homeless people in order to avoid these types of gross abuses the homeless suffer from unscrupulous people even including the police. “We have been monitoring the efforts to root the homeless out of the parks, and have several actions planned against the city. So much happens on a daily basis, it’s hard to keep up with it. Every day there’s something new”, he said.

But first, even before housing the homeless in the city, Frangioni must face the full wrath of the law for abusing the rights of an innocent poor man. Some are even asking whether Frangioni had finished making all the criminal arrests in the area before making this ridiculous arrest.