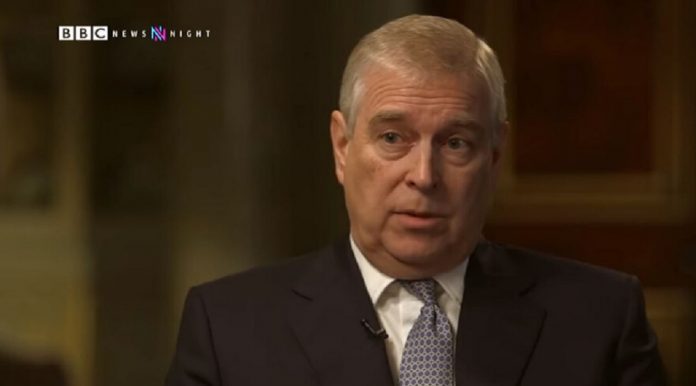 Saturday night, televisions showed the perfectly state-managed scene of Prince Andrew, the Duke of York, sitting down with BBC Newsnight’s Emily Maitlis conducting an interview recorded at Buckingham Palace this past Thursday.

In it, the Duke admits that he “let the side down” by maintaining a friendship with jet-setting billionaire and convicted serial sex offender Jeffrey Epstein. In a grand mea culpa, Andrew concedes that it was not “becoming of a member of the Royal Family.”

But far from repairing the PR damage done to Britain’s Royal Family, his move may have been a ‘catastrophic’ own-goal by his Palace handlers.

When asked why he stayed at the Epstein mansion after knowing he was already branded a convicted offender, the Prince answered simply, “It was a convenient place to stay.”

“It was a convenient place to stay. I mean I’ve gone through this in my mind so many times. At the end of the day, with a benefit of all the hindsight that one can have, it was definitely the wrong thing to do.

“But at the time I felt it was the honorable and right thing to do and I admit fully that my judgement was probably coloured by my tendency to be too honorable but that’s just the way it is.”

This, and other gaffs has led top media lawyer, Mark Stephens, who previously represented Princess Diana’s lover James Hewitt, to issue harsh skepticism as to whether this was a wise move to push Andrew back into the spotlight.

He told the Guardian:

“This strategy only works if you’ve got a complete and full answer to every possible question, and here there are too many loose ends.”

“If he’d kept his silence he’d have been able to remain outside of the case, as he’s a witness and is entitled to diplomatic immunity. He was a private individual and now he’s waived that privacy.”

“Andrew has never enjoyed the company of journalists, and always kept the press firmly at arm’s length. Doing something so public is a high-risk strategy, and likely just to draw more attention to the issue without changing any minds.”

During the interview, the Duke of York was also asked about Virginia Giuffre, who was pictured with and claimed she had sex with Prince Andrew when she was 17-years-old.

“I have no recollection of ever meeting this lady, none whatsoever,” said the Duke.

“You don’t remember meeting her?” he was then asked.

During his answer, the Duke blinked no less than 10 times in the space of just 10 seconds…

He added that Ms Giuffre’s description of him “profusely sweating” was false because, at the time, he had a medical condition that meant he could not sweat. He said:

“I didn’t sweat at the time because I had suffered what I would describe as an overdose of adrenaline in the Falkland’s War when I was shot at, and I simply … it was almost impossible for me to sweat.

“And it’s only because I have done a number of things in the recent past that I am starting to be able to do that again.”​

The duke went on to question the validity of a photograph with his arm around Ms Giuffre in London – saying it was not possible to prove if the image had, or had not, been faked. He said:

”I don’t believe it’s a picture of me in London because when I would out to… When I go out in London, I wear a suit and a tie.

“That’s what I would describe as… those are my travelling clothes if I’m going to go… If I’m going overseas.”

On thing is certain: the British public were not clamoring for Andrew to do this media spot, and quite possibly would’ve forgotten about it as a hotly-contested UK General Election and Brexit begin to overtake all concerns heading into the Christmas season.

So why did the Palace do it?