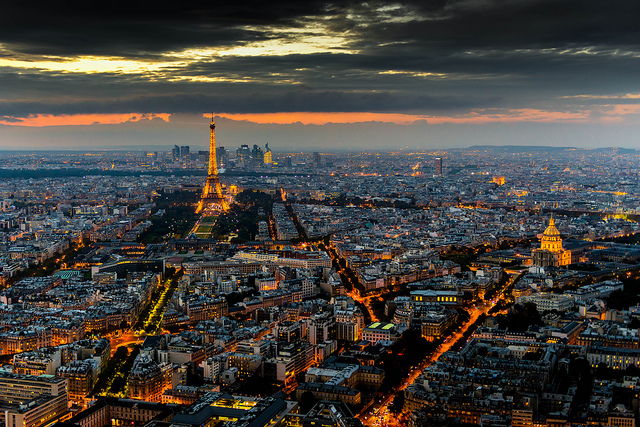 The French capital has issued a number of measures in an attempt to curb the level of pollution in the city. Controversial traffic control measures were put in place for a total of three consecutive days.

Motorists were banned from driving in the city on alternate days. The last number on the driver’s license plate – odd or even – was used to determine which drivers could use the city roads. The ban was met with criticism from drivers, with around half of motorists respecting the ban on the first day. A fine between 22 (USD 23) and 75 euros (USD 80) was issued to motorists who did not obey the ban.

The city experienced its worst pollution levels in 10 years, with a choking smog blanketing the city. Fine Particle Matter (PM10), one of the most harmful pollutants to human health, was recorded at levels above the limit of 80 micrograms per cubic metre of air, for more than a week.

Outdoor air pollution, the biggest single killer in the world today, causes more than 3 million deaths every year – a figure expected to double by 2050. Citizens of the French capital have experienced irritated eyes and throats as a result of the toxic particles. Car exhausts and wood-burning furnaces in combination with a layer of warm, stagnant air is believed to have caused the deadly fog.

“We accumulated pollution with every day that went by, with nothing to disperse it, and in a very small volume of air,” said Amélie Fritz, a spokeswoman for Airparif. Airparif is a non-profit organization accredited by the Ministry of Environment to monitor the air quality in Paris and in the Ile de France region (the capital city region).

Improved weater conditions have been recorded this weekend, prompting officials to lift the ban. Public transport in the city was made free for travelers in the city while the ban was in place to aid city travelers.

Meanwhile, the other restrictions issued by the authorities – including the use of fireplaces and the lowering of the speed limit – are expected to stay in place over the weekend. “We want these bans to automatically take effect when the pollution exceeds a certain level, not have to negotiate them with the Government each time,” Mr Levife said.

Although pollution levels are expected to improve in the city over the weekend, meteorologists warn they could surge again next week as commuters return to the roads and weather conditions change.

“This is a record period of pollution for the last 10 years,” said Karine Leger, from the organization AirParif. “As long as the meteorological situation remains the same and emissions remain the same, we will not see the end of the pollution spike.”

Urban areas around the city, including in northern France, have experienced similar pollution levels. As a result, restrictions were also imposed in Lyon, Rhône Valley, which will host the annual Festival of Lights this weekend and accommodate hundreds of thousands of visitors.

This article (Public Transport Made Free In Paris To Curb Capital’s Worst Pollution Levels In 10 Years) is a free and open source. You have permission to republish this article under a Creative Commons license with attribution to the author and AnonHQ.com.