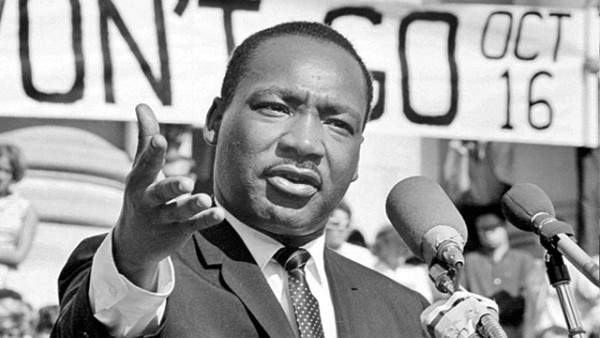 But apart from MLK’s role in the advancement of civil rights using nonviolent civil disobedience, he also started a campaign which could have changed the racial inequality we are witnessing today in America.

MLK received the Nobel Peace Prize for combating racial inequality through nonviolence. After helping to organize the Selma to Montgomery marches and his involvement with the Southern Christian Leadership Conference which sought to end the segregated housing system against African-Americans and other minorities in Chicago, King sent a message clear to the world about his vision. Historians even attest that in the final years of his life, King expanded his focus to include poverty. His vision was to see America in which people can earn a decent living for themselves. In 1968, the year in which he was assassinated, it is said King was planning a national occupation of Washington DC.

The Occupation of the capital was for economic justice for all disadvantaged racial groups in the country. It was not limited to only African-Americans. This movement was to be known as the Poor People’s Campaign. It was motivated by a desire for economic justice, the idea that all people should have what they need to live.

As King explains in this rare 1968 footage below, after listing a slew of subsidies and handouts white people have lavished upon themselves since the United States was founded, from the land itself to the means of cultivating that land. Many African-Americans and other minority racial groups in America today are economically disadvantaged. But that is not the case for majority of the dominant white group. They were elevated and helped as compare to others.

Decent housing, decent jobs, education and healthcare among others are some of the priority issues for the disadvantaged groups. However, all these pressing social issues have their historical background.

According to King, the American political system chooses winners and losers. He states that millions of poor-white Americans were given land grants to start a new life by the government. They were to develop their American dream on their own private piece of land provided by the government. Unfortunately, black people were excluded from this opportunity to build homes on land grants. And this deliberate picking of winners and losers had a deep devastating economic impact on the African-American community to this day.

Many believe that the statement “We’re coming to get our check” made by King in the formation of the then emerging Poor People’s Campaign movement contributed to his assassination. King was assassinated on April 4, 1968 in Memphis, Tennessee, two months later after he made the statement, and just weeks before the planned march to the capital.

For King, much of the Civil Rights movement was a demand for human decency across America, but having accomplished the important objectives of the Civil Rights Movement, and with so much momentum behind himself and the movement, he felt it was time to shift into the larger economic issue that would help bring about actual equality in the country.

Observers say King knew that economic freedom was necessary for democratic freedom, and that was why he was planning to march the Poor People’s Campaign to Washington for their checks.

But unfortunately, he was eliminated before the campaign could become like the Civil Rights Movement, which led to the rights and freedom of all race and creed being respected in America. Those who believe in what King fought and died for say his assassination was a major blow to the Poor People’s Campaign, and has contributed to the level of inequality that exists in America today.

This Article (Racial Inequality In America: MLK Jr. Explains How Government Handouts Created the White Middle Class [Video]) is free and open source. You have permission to republish this article under a Creative Commons license with attribution to the author and AnonHQ.com