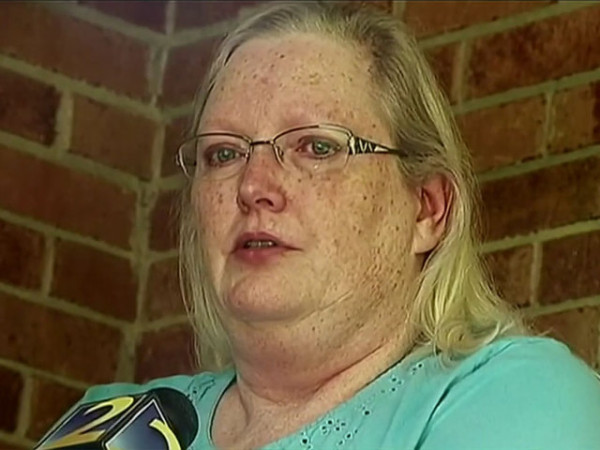 It has now been confirmed, that a school principal in Stone Mountain, Georgia, who was caught on camera calling out “all the black people” for leaving a graduation ceremony during the valedictorian’s speech, has been sacked by school authorities.

Principal Nancy Gordeuk, of TNT Academy, unreservedly scolded black attendees for being disrespectful at a graduation ceremony, saying into the microphone, “You people are being so rude, to not listen to this speech. … Look who’s leaving … all the black people.”

Thereafter, she came under intense fire, with many calling for her dismissal for singling black people out in an obvious racist manner. The National Association for the Advancement of Colored People (NAACP), had said Nancy should be dismissed for that reckless comment. The school runs a college preparatory program that provides credits for a high school diploma through independent study and teacher-assisted instruction. It was towards the end of the ceremony that the principal made the disparaging comments.

After the public outburst about Nancy’s behavior, CNN claimed Nancy had written to them to officially apologize for her comment.

“I deeply apologize for my actions made in the emotional state of trying to let this last student finish his speech. My emotions got the best of me. I take a personal interest in the success of every student that comes through our doors without regard to their race, religion or ethnicity,” the CNN quoted from Nancy’s letter.

But despite this purported plea of mercy, Heidi Anderson-chairwoman of the board of directors for TNT Academy in Stone Mountain, announced in a statement, which was also copied to the Gwinnett County chapter of the NAACP, that the board of the school has made the decision due to the grave nature of Nancy’s comment. “In light of recent events, the board of directors of TNT Academy has moved to dismiss Nancy Gordeuk as principal. During the coming transition, we will continue to prioritize support for our most recent graduates. Moreover, we will continue our commitment to providing students with the best educational classes, transcription services and academic credit recovery possible,” the statement of her dismissal said.

According to witnesses of the ceremony, put together by the Daily Mail, Nancy lost control of the ceremony when she skipped over the valedictorian’s speech and dismissed the graduating class early.

Nancy then returned to the podium and told the class to come back into the auditorium so that they could hear the valedictorian speech. but because the crown were in motion already, many failed to heed to her command, leading to her reckless outburst which singled out only black people.

The NAACP has said it welcomed the academy’s decision to terminate Nancy’s appointment, saying in a statement, “Beyond the inappropriate remarks, the former principal attempted to legitimize the bizarre episode by claiming ‘the devil made her do it.’ The Flip Wilson defense may have worked for a comedian, but not a chief educational official charged with the overall day-to-day management of academic and school operations.”

Meanwhile, according to CNN, several people who were in attendance of the graduation ceremony said Nancy had created a hostile environment long before she made the offending remark about the black people who had attended the event.

As it stands now, Nancy has been fired, however concern has now increased around the issue of individuals and large groups regularly being exposed to racism in the country. Change must come. The nation cannot continue on this path. Human beings are equal regardless of their color and we should all join hands to fight those who seek to divide the human race.