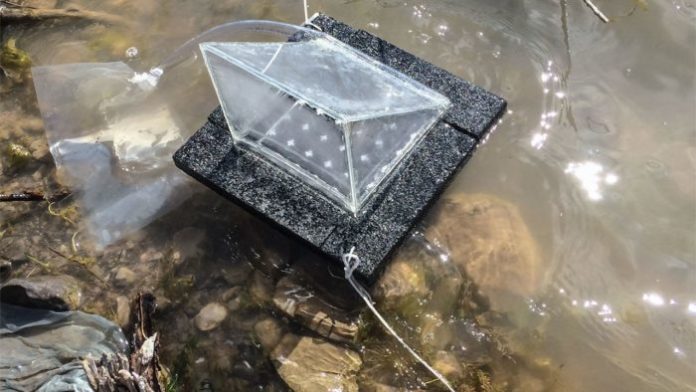 Water is one of our basic necessities, but as we have consistently reported, the situation on water accessibility around the world is very dire.

According to United Nations statistics, more than 2.9 billion people in 48 countries will face water shortages in the next 10 years. Water experts say it could destabilize and jeopardize the existence of some nations. To solve this obvious problem, we need an impressive innovation that will ensure we no longer fully depend on our traditional sources for water. Or, if even we would depend on it, we should purify the dirty water many people are drinking around the world to avert disease and death.

Therefore, many researchers around the world have worked around the clock to help mitigate the problem. In the recent past, some researchers have invented resourceful technology to help solve the growing water problem. More researchers are still coming out with their inventions. Apart from the price, this solar still is said to be four times faster and more effective than its already available competitors. Solar stills have been around for years, with most being simple black-bottomed vessels filled with water, and topped with clear glass or plastic. Sunlight absorbed by the black material speeds evaporation, which is trapped by the clear topping and funneled away for drinking water. Most pollutants don’t evaporate, and so are left behind. But much of the sun’s energy is wasted in the slow heating of a full vessel of water. Even the best stills need to be around 6 square meters in size to produce enough water for a single person for one day.

To make the technology efficient, researchers have attempted two things. First, they designed their stills so that only the very top layer of water in the vessel is heated and evaporated, which means less energy is lost. Second, they’ve turned to nanomaterials to absorb more of the sun’s rays. However, efficient light-absorbing nanomaterials can cost hundreds of dollars per gram, making them unrealistic for widespread use in developing countries where the technology is needed the most.

However, Qiaoqiang Gan, an electrical engineer at the State University of New York (SUNY) in Buffalo realized the cost of the nanomaterials, and wanted a cheap alternative. Gan is the lead author of the latest study.

With a block of polystyrene foam and a fiber-rich paper – similar to the paper used to make currency – Gan and his research team produced a new super-cheap device. According to the researchers, their technology is not only cheap, but is also 88% efficient, channeling energy it traps from the sunlight into the evaporating water. This allows a 1-square-meter-sized device to purify 1 liter of water per hour, which is about four times faster than already commercially available versions. “Using extremely low-cost materials, we have been able to create a system that makes near maximum use of the solar energy during evaporation. At the same time, we are minimizing the amount of heat loss during this process,” Gan said.

According to the estimate, providing the minimal water needed for a family of four, with this new technology, would cost as little as $5 for the raw materials per device. The cheap cost may not only help people in impoverished regions, but also help aid workers deploy cheap water purifiers to people affected by natural disasters which wipe out safe drinking water sources. The researchers have presented their technology paper in the journal Global Challenges. The researchers announced the formation of a company called Suny Clean Water to commercialize their technology; further adding they’re already in discussions with other companies around the world to make the technology available, especially in developing countries where it is needed the most.

This article (Researchers Invent New Solar-Powered Technology that Purifies Dirty Water 160 Times Cheaper than Existing Ones) is a free and open source. You have permission to republish this article under a Creative Commons license with attribution to the author and AnonHQ.com.