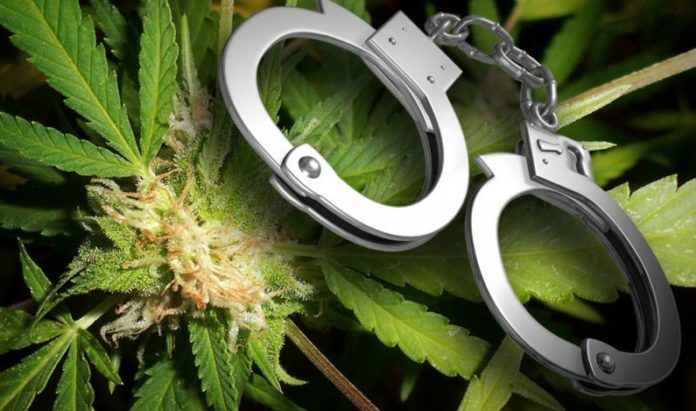 The debates on the use of marijuana and the sale of it are endless. You’re either pro or anti cannabis and very rarely the two shall meet.

But what if I were to tell you that someone caught by the law in possession of cannabis can receive a prison sentence far greater than that of a person who is guilty of manslaughter or rape? Surely advocates on either side of the debate would finally have to agree, that although cannabis is still a scheduled drug, that this type of sentencing goes far beyond implementing the law for the safety of society.

Rand Paul really started the ball rolling on the incarceration terms debate, regarding the possession of cannabis. In 2015 he stood against Hillary Clinton and the DNC, visiting inner cities of Philadelphia, Baltimore and the south side of Chicago, touching base with those more affected by these laws. “I think that the law needs to be fair and that we shouldn’t incarcerate one race more than another and I think the law should be fair in the sense that the penalties should be proportionate to the crime,” said Rand in a mid 2015 interview.

“You can kill someone in Kentucky and be eligible for parole in 12 years, but we have people in jail for marijuana sales for 55 years, life, 20 years, 25 years. We’ve gone too far in all of this and then when you add up the numbers, even the white kids and black kids use marijuana at about the same rate and in national surveys the arrests and incarceration rate is four times greater for black males than it is for white males.”

While we finger-point at all those considered responsible for the Trump over Clinton win in the 2016 election, it may very well be that Rand Paul had something to do with it, too.

“Bill Clinton presided over the incarceration of a whole generation of young black men,” Rand said on The Wilkow Majority interview. “We are putting young black men in jail at a rate never before seen in history and it’s because of this war on drugs.”

Although we have seen some leaps and bounds in the US State laws, particularly in Colorado, the fact of the matter remains that the drug is still listed as a Schedule 1 drug, and to use it in most states without medical reason is still a Federal offense.

In 2001/2002 the US saw one of the largest crack downs on those in possession of cannabis. An estimated 723,627 were arrested for cannabis violations, constituting almost half of all drug arrests in the States. Of those charged at the time, 88.6 percent were for possession only while the remaining were charged on cultivation offenses. Since 1992, a whopping 5.2 to 6 million Americans have been arrested, dependent on the literature you read.

But depending on who you want to believe, a report came out attempting to debunk the ‘mythical’ numbers presented. The Office of National Drug Control Policy’s statistics argued that “only 2.3 percent – 186 people – received sentences for simple possession … just 63 actually served time behind bars.”

What we do know, by the Office of National Drug Control is that you can still receive hefty sentences for trafficking; up to “71 months” or almost 6 years. This is the same sentencing as a robbery and more than rape/sexual assault if you take the median sentence lengths published further along the report. And as per norm, the report is a convoluted mess of statistics that tend to contradict themselves.

One case study is important to note, that in 2014, Bernard Noble, then 45, was arrested with a small amount of cannabis in his pocket. Granted he had two previous “nonviolent offenses” he still ended up receiving a 13-year sentence – far exceeding those figures quoted in the National Drug Control literature.

Jeff Mizanskey, arrested in 1993, was sentenced to life without parole: had 2 prior “nonviolent convictions” and was found with a “five-pound brick of marijuana.” Hardly worthy of a life sentence.

According to the official White House line, cannabis is still considered a “dangerous drug and that the illegal distribution and sale of marijuana is a serious crime.  The Department of Justice (DOJ) is committed to enforcing the Controlled Substances Act (CSA) consistent with these determinations.”

So, while those who have been nicked with cannabis are serving hefty sentences, police who shoot citizens are left roaming the streets. Makes sense, doesn’t it?

This article (Serving Time: Cannabis and the Ever Growing Debate) is a free and open source. You have permission to republish this article under a Creative Commons license with attribution to the author AnonWatcher and AnonHQ.com.