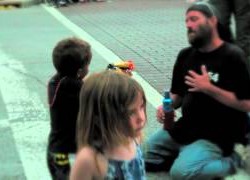 A fellow Anon posted on our Facebook Wall his short video he directed himself. We support his work and want to make it reach the masses. Anons, we have to help each other, Anons for Anons, so watch it and share it: