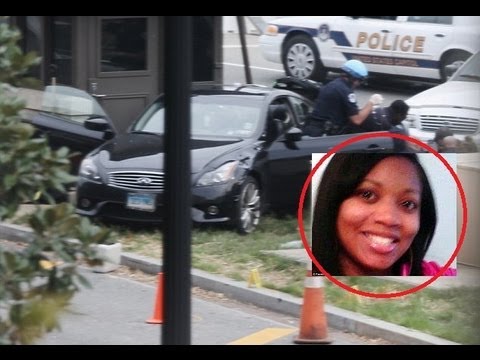 Miriam Carey was a single black mother who wasn’t involved in politics. She made a wrong turn near the White House, and was subsequently gunned down by the Secret Service and members of the Capitol Police. An anonymous letter was sent, however, to the Carey family attorney by Capitol Police officers in a Capitol Police Department envelope. Their account of the incident was quite different from the official story. In no uncertain terms, the author of the letter states that Miriam Carey was murdered in cold blood. The Carey family attorney, Eric Sanders, a former NYPD officer, is confident the letter is authentic. He claims the letter contained details that only an insider would know. To sum it up, the anonymous author made it clear that Miriam Carey was executed for making a wrong turn. According to the official story, Carey attempted to breach the White House gates and drove her car at officers and Secret Service agents. None of this ever happened. According to the letter, officers on scene were forced to change their statements by the Secret Service. It also revealed that the Capitol Police Chief and Deputy Chief were so disturbed by the case and how the investigation was being handled, that they penned letters of resignation. The Deputy Chief eventually did resign.

The mainstream narrative was that Carey was mentally unstable, possibly bipolar/manic depressive. These claims came from authorities, despite the fact that Carey was a happy go lucky individual not under any type of psychiatric care. The media claimed that she was hospitalized for post-partum depression, painting a picture of a deranged lunatic. The Wikipedia page describing the incident stated that Carey had engaged police in a high-speed chase and tried to ram the White House gate. According to the letter, all of this is a work of fiction. Statements in the letter correspond with Carey’s autopsy, which showed that she was shot numerous times in the back. This contradicts the claims that the Secret Service agents and Capitol Police shot in self-defense. One of the facts glossed over by the media is that Carey had her 18-month old child in the back seat. Taking your child along for a raid of the White House doesn’t seem like the kind of thing a radical extremist – or a mentally handicapped person – would do. The author of the letter made it clear that the Secret Service violated their own use of force policies, removed evidence, tampered with witnesses and ultimately, covered up their own actions.

“I doubt members of Congress would have cheered on the House floor when Ms. Carey was murdered…which was obscene and pathetic,” the author wrote. His reference was to the thirty-five second standing ovation given on the floor of Congress, celebrating her death. The investigators handling the shooting made sure that the Capitol Police officers on scene had the same story. “I also know that officers on the scene the day Ms. Carey died had to give written statements, but they were brought in to watch the video of the shooting so they could amend their statement to go along with the video.”

For unknown reasons, after realizing her mistake, Carey attempted to leave, but was prevented from doing so. She turned around and drove past a bike rack, which a Secret Service agent had placed in front of her to prevent her leaving. Why this was done, no one has addressed. The official story is that a deranged woman attempted to ram the White House gates, but was stopped by courageous Secret Service agents. The truth as has been revealed by the anonymous Capitol Police officer, is quite different. A happy mother made a wrong turn and was murdered by over-zealous cops, whose position allowed them to cover it up. Her reputation was then smeared, with the assistance of the media. In 2014, the Justice Department announced that here was insufficient evidence to pursue federal or local charges against the shooters. They have since stonewalled Carey’s family attorney and other outside organizations attempting to gain access to documents related to the case. The initial police report has been the subject of several FOIA requests, however the DOJ refuses to turn it or any other documents, over. The Carey’s family has yet to have their day in court, however a civil rights violation law suit is finally in progress.

This article (Single Mother Killed at White House was Murdered says Anonymous Capitol Police Officer) is a free and open source. You have permission to republish this article under a Creative Commons license with attribution to the author and AnonHQ.com.