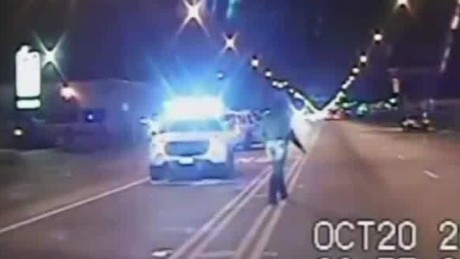 The shooting of Laquan McDonald, in Chicago, by Police officer Jason Van Dyke, set off a chain reaction of outrage and cover up. This police cover-up is now being looked into by a grand jury assigned to the case. The special prosecutor, who was assigned to the case, believes that she has sufficient evidence to convince a grand jury that a cover up took place within the Chicago police Department. Laquan McDonald was murdered by Ofc. Jason Van Dyke in October 2014. Van Dyke unloaded his firearm into McDonald’s lifeless body, as McDonald lay in the middle of the street. The shooting was initially found to be justified by the Chicago police internal review board. The special prosecutor, Patricia Brown Holmes, was assigned to the case to determine whether or not the chain of officers involved in the case lied about what transpired that night, in order to cover up misconduct by Van Dyke.

Van Dyke was eventually charged with murder, over a year after the incident occurred. While there was no law suit, the Chicago Police made a backroom deal with the family and paid them out over $6 million. That’s one hell of a pay out for an agency who claims they did nothing wrong.

Holmes decided to pursue a grand jury instead of filing charges herself, despite the fact that she has already stated that there is sufficient evidence to prosecute. More often than not, the grand jury system is used in a manner, allowing cops to either walk, or be indicted while the district attorney can deflect responsibility in making the decision themselves. “”In a decision that’s this weighty and important, I think the public would want to have some oversight. It’s fair and it’s impartial and it lends credibility to the process.” Little detail is available, as to what information the special prosecutor has, in regards to the potential cover-up. With officer Van Dyke having been charged with murder only hours before the dash cam video of the shooting was released, many wonder if he’d been charged at all, had a judge not demanded the video’s release. This leads to the questions of cover-up. With the special prosecutor moving forward with a grand jury, odds are the information gathered is quite damning. Who will be under the chopping block is the big question, as the upcoming grand jury review is in pending. According to Judge LeRoy Martin Jr., the judge who appointed Holmes, the grand jury hearings will begin in the next two weeks.

This article (Special Prosecutor in Laquan McDonald Case calls Grand Jury over Police Cover-Up) is a free and open source. You have permission to republish this article under a Creative Commons license with attribution to the author and AnonHQ.com.