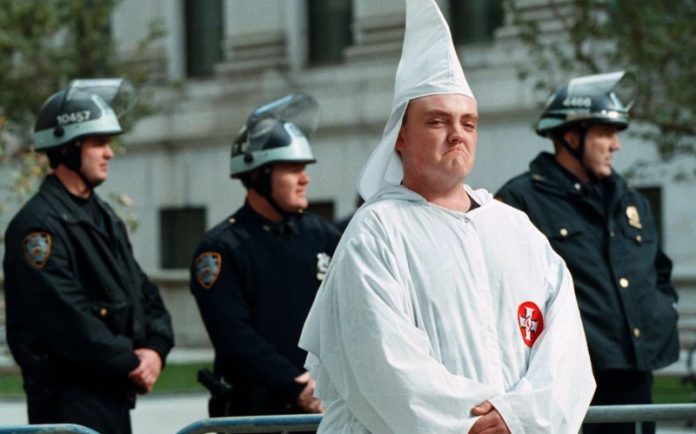 United by States, Divided by Hatred — that’s apparently the reality of today’s America. And no the perpetrators of institutionalized racism and prejudice are not the politicians; they are among the 99% — members of the American society who have a pronounced bias against skin color, gender, race, sexual orientation, and physical appearance, and who are not afraid to announce it on social media. An analysis of over 12 million tweets from June 2014 to December 2015 by Abodo, an online apartment-finder, just revealed the most prejudiced places in America.

The study, which included the state-by-state usage rates of all derogatory language – including racial slurs and other prejudiced derogatory terms against black people; Hispanic/Latino people; women; gays and lesbians; transgender people; people with disabilities and the overweight –  found that with 1,155 slur-containing tweets out of every 100,000, Louisiana is home to people who tweet insulting slurs with the highest frequency in the country. Nevada took the second spot with 929, while Texas came third with 925 such tweets per 100,000. The most highly ranked cities – Baltimore, Atlanta, New Orleans, and Newark – are also those with some of the highest proportions of black residents. Baltimore is 64% black, Atlanta is 61% black, New Orleans is 60% black and just over half of Newark’s population is black. Bakersfield, the city with the highest number of anti-Latino tweets, has a 45% Hispanic or Latino population. Chula Vista is 58% Latino, while Modesto is about 35% Latino. Fontana, the fourth city on the list, has a 67% Latino population. Any guesses why the top 5 belong to California? Compared with the usage of slurs in other categories, anti-gay language remains commonplace, Abodo found. While many states – Texas, Nebraska, and Louisiana – showed a level of support for legal gay marriage that’s lower than the national average, traditionally liberal urban areas such as Los Angeles and San Francisco showed levels as high as 86.2 and 49.6 per 100,000 tweets, respectively. If Abodo found a troubling trend on Twitter, it noticed many positive signs as well, such as the relative rarity of certain slurs and how they’re often eclipsed by more tolerant language. Again, as MiC observed, it was not clear with any of these maps whether people were using the terms to describe others or themselves. Whatever the case may be, is it a sad and scary time to be alive? Please share your thoughts in the comment section below.

This article (The Most Racist, Sexist  and Homophobic Places in America) is a free and open source. You have permission to republish this article under a Creative Commons license with attribution to the author and AnonHQ.com.