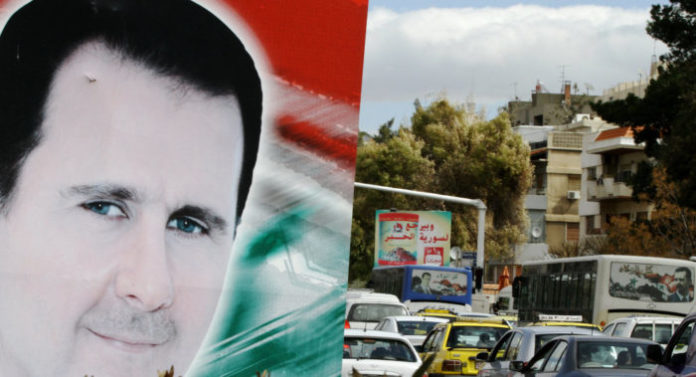 The civil war in Syria is in its 6th year. Those who closely follow events in the Middle East would be acutely aware of past wars orchestrated by the United States and its allies.

Currently, Syrian President Bashar al-Assad dropped the United States Dollar in 2006. Assad refused to sell his country’s oil in the U.S. Dollar denomination, popularly known as the Petrodollar. Instead, he chose other currencies.

Before Syria, Saddam Hussein’s Iraq had also dropped the US dollar in 2000, to sell oil in Euros instead. Saddam’s actions led to him being accused of possessing Weapons of Mass Destruction (WMD) by the United States and its Western allies. Iraq was invaded, many innocent lives were killed, Saddam was executed. No WMDs were found in Iraq. After the death of Saddam, Muammar Gaddafi of Libya warned the Arab League that the Western plan was to eliminate leaders of oil-rich Middle Eastern countries who refuse to bow to the dictates of the West. In 2010, Gaddafi proposed a new currency called the Gold Dinar to replace the US dollar for oil sales. Gaddafi was quickly removed and murdered by Barack Obama and his European cohorts, as though his prophecy was correct.

The next United States target is Assad. There are many evidences showing that the United States sparked the war in Syria, using the so-called Arab Spring as a pretext. The main goal was to remove President Assad from power so the United States could install a puppet government. Although the plan to get Assad out was first hatched secretly; in mid-2014, when it became clear that allies of Assad (Russia and Iran) were not going to allow the United States to remove their friend from office – like what happened to Saddam and Gaddafi – the United States openly supported so-called moderate rebels. The rebels, some in close alliance with ISIS, were supplied with money and weapons to fight Assad. Some of these weapons ended up in the hands of ISIS, allowing the terrorists to use them to perpetrate all kinds of crimes in Syria and Iraq. This is why the United States-led coalition against ISIS is labeled as a “big sham.” In plain truth, the United States is quenching a fire it is fueling. Even in the last days of the Obama administration, the support of the so-called moderate rebels in Syria continued. The hope was for Hillary Clinton to win so the rebels would continue to receive support, making the war unending.

But as Donald Trump succeeded Obama, the agenda of getting Assad out hovered in limbo. Trump, during his campaign, said he is interested in solving domestic problems first before considering that of others. Trump’s separatist posture led some to believe the end of the so-called moderate rebels in Syria was near, after his presidency win in November 2016. The Trump administration announced recently that it is taking a different approach to the war in Syria. The United States ambassador to the United Nations, Nikki Haley told reporters that Washington is no more interested in whether Assad stays in power or not.

According to Haley, the main goal of the Trump administration is to find a peaceful solution to the conflict in order to help millions of Syrians displaced by the war to rebuild their future.

“You pick and choose your battles and when we’re looking at this, it’s about changing up priorities and our priority is no longer to sit there and focus on getting Assad out. Do we think he’s a hindrance? Yes. Are we going to sit there and focus on getting him out? No, what we are going to focus on is putting the pressure in there so that we can start to make a change in Syria. We can’t necessarily focus on Assad the way that the previous administration did. Our priority is to really look at how do we get things done, who do we need to work with to really make a difference for the people in Syria,” she said. Secretary of State Rex Tillerson also added that Assad’s longer-term status in Syria “will be decided by the Syrian people.”

However, only days later and it appears the administration made up these comments. Trump ordered as many as 59 Tomahawk cruise missiles to be fired at Syria. The missiles were launched from the USS Ross and the USS Porter in the Mediterranean Sea toward Shayrat Airfield.

Trump justified his actions, that Assad has used chemical weapons against his people. The Russian Defense Ministry, which has personnel in the area, said only 23 of the missiles hit the target. The rest of the 36 missiles took a different course. There are reports that some hit impoverished villages, killing children.

Trump, when he wasn’t the president warned that the United States not intervene in Syria. Trump even labeled President Obama as a “foolish leader” over Syria. Today, Trump attacked Syria, begging the question who is more foolish of the two? Americans and the rest of the world alike are sitting on tenterhooks. The world’s most powerful person is unsure about what he should do, focusing on unilateral policy only without Congressional approval. He says something one minute, and in the next minute sixty seconds, does the opposite. The world should probably brace itself for more of this in the coming days. Don’t be surprised to wake to hear news of Trump attacking Russia, China, Iran or North Korea next. Of course, that would then set the stage for the next global conflict!

This article (Trump Bombs Syria Only Days After His Administration Announced Syrians will Determine Fate of Assad) is a free and open source. You have permission to republish this article under a Creative Commons license with attribution to the author and AnonHQ.com.