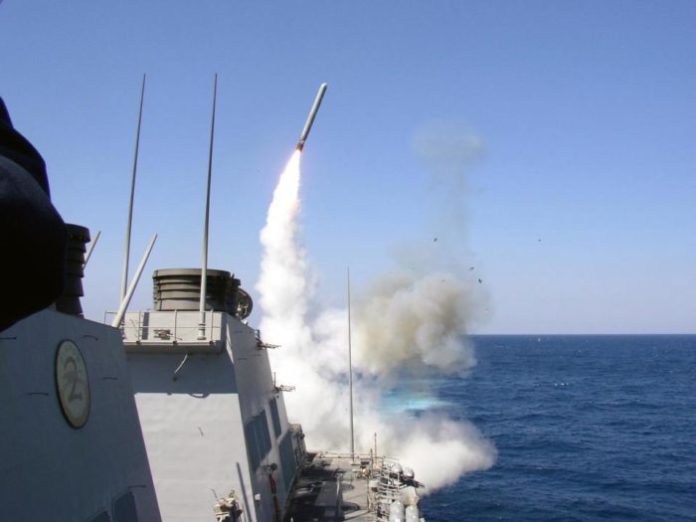 President Donald Trump surprised many, including his own supporters, by launching missile strikes against Syria over allegations of use of chemical weapons against civilians by the Syrian government. Trump argues that the strikes were to deter the Syrian regime from using chemical weapons in the ongoing six-year-bloody conflict.

When Trump was not in government, he strongly opposed any military action in Syria by the United States. In 2013, when similar allegations of the Syrian government using chemical weapons emerged, the then Obama administration contemplated on striking the Assad government. Trump called Obama a fool over just the mere thought of intervening in Syria. During Trump’s political campaign period, he strongly lashed out at the country’s establishment, also known as the Deep State, accusing them of waging needless wars that enrich themselves while the masses suffer. Trump openly questioned why the United States should act as the world’s policeman. He promised to solve domestic problems by creating jobs to lift people from poverty if he won the election. At his inauguration in Washington D.C. on January 20, he again attacked the establishment, promising to significantly shift the country’s global hegemony agenda to a more domestic-focused one for the benefit of US citizens.

With these promises, many Trump supporters were full of hope that for the first time in many years, they would get their country back from the corrupt Deep State. However, this was never to be. Trump struck Syria with 59 Tomahawk cruise missiles literally days after his administration had said the Syrians will determine who rules over them. The latest missile strikes against Syria by the Trump administration have prompted criticism over the United States confusion. Not only the confusion, the quick U-turn by the Trump administration to launch the strikes has also cost United States taxpayers millions of dollars. According to the United States Department of Defense’s annual budget, a single Tomahawk missile costs $1.59 million. The deadly weapon is manufactured by Raytheon, a defense company with close links to members of the Deep State.

If you multiply $1.59 million by the 59 missiles fired on Syria, you will be getting around $94 million. This is only the cost of the missiles. It excludes other costs that ensure the launch is successful. One single missile weighs a staggering 1300 kg, measures six metres long and usually carries a 450kg warhead. You can imagine the amount of energy needed to launch 59 of these weapons. This is the same Trump who had promised to solve domestic problems. There are significant numbers of people in America today who are without a place to call their home. The first thing Trump could do to help these homeless people is to not waste over $94 million on an unproductive venture in Syria.

The Russian Defense Ministry, which has personnel stationed at the Syrian airfield where the missiles targeted, said only 23 of the missiles hit the target. The other 36 missiles took a different course. There are reports that some hit impoverished villages, killing children. This shows the airstrikes were ineffective. It was a pure waste of taxpayer money.

Before he left office, the 34th President of the United States Dwight D. Eisenhower warned the country about the Deep State which controls the Military Industrial Complex (MIC).

However, this warning by Eisenhower has fallen on deaf ears. The MIC influence was so great in successive governments that the country’s defense budget has skyrocketed. In 2011, for example, the United States spent more (in absolute numbers) on its military than the next 13 nations combined. Before Obama left office, it dropped to the next 7 nations combined, with a budget of over half a trillion dollars. Trump has announced he intends to increase the defense budget this year.  His National Security Advisor Herbert Raymond McMaster has warned him about the diabolical influence of the MIC. Trump has turned his back to the millions of Americans who wanted change. He is not listening to advice, even from his own appointees. Trump is now dinning with the Deep State. The Deep State who opposed Trump’s candidature to the presidency is heaping praises on him for bombing Syria. If Trump continues bombing, the Deep State flourishes.

This article (Trump Wastes Over $94 Million in Taxpayer’s Money on Ineffective Syrian Airstrikes) is a free and open source. You have permission to republish this article under a Creative Commons license with attribution to the author and AnonHQ.com.