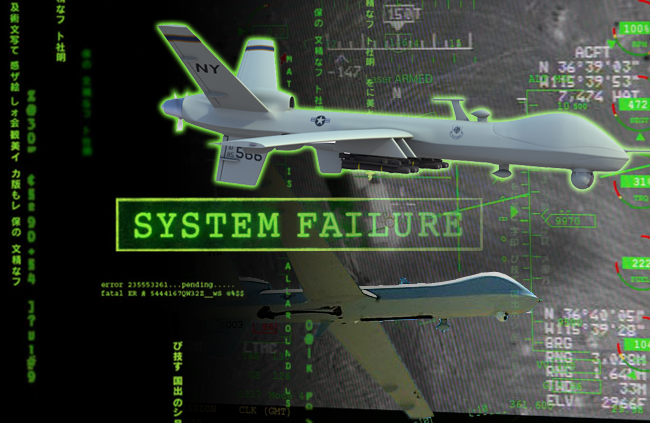 “No U.S troops or combat missions have been compromised due to the intrusion,” is the formal line held by an anonymous U.S official who wished not to be identified.

The intrusion referred to occurred in 2009 when Iranian-backed Shiite militants hacked into a U.S military feed with the use of a software program available to the mass-market. It enabled them to view live feeds of U.S “predator drones” that monitored Irag targets.

In light of this incident, it has also been discovered that UAV (Unmanned Aerial Vehicle) feeds had also been hacked in Afghanistan, though CNN reported that the militants were able to gain control of the aircraft. Pentagon spokesman, Bryan Whitman refused to comment on the situation of how the tools were gained to hack into the system. Instead, he offered that “…the department constantly evaluates and seeks to improve both the performance as well as the security of various intelligence, surveillance, and reconnaissance systems and platforms,” Whitman said. “If and when we identify any shortfalls we obviously correct them as a continuous process of seeking both improved capabilities as well as improved security.”

The software at the time was said to be responsible for this is called SkyGrabber, an inexpensive program downloadable from the internet that permits users to expose weaknesses in unprotected communication links in some UAV’s. [1]

However, it seems in the current climate, the situation is yet to be rectified in recent years.

In 2013 it was reported to U.S. Intelligence Agencies that Pakistani Taliban attempts to “hack” UAVs via the acquisition of technical expertise were occurring. It was this, that experts at Texas University claimed, that once hacked, live feeds are intercepted, leading to frequencies obstructed and ultimate control of the UAV. “Input suggests that Iraq Mujahideen had passed on the details of UAVs design and vulnerable features prone to exploitation to Taliban operatives. Security agencies were forewarned about the Taliban’s move to recruit cadre drawn from Al-qaeda technical unit to target UAVs,” an official stated. [2]

According to the Recommendations and Report of the Task Force on US Drone Policy, there is a “Slippery Slope” that the U.S government must be made aware of. Released in June 2014, this document outlines the use of UAV during battle, and potential consequences. “The increasing use of lethal UAVs may create a slippery slope leading to continual or wider wars…[leading to] adversarial states may be quicker to use force against American UAVs than against US manned aircraft or military personnel.” The document goes on to outline the use of UAV strikes leading to an “increased instability” and “widening conflicts in regions around the globe.” [3]

So, why place such a strong focus on the UAV? In Michael Boyle’s study, the costs and consequences of drone warfare, 2013, he presents the argument that the Obama administration launched more drone strikes (284) between 2009 and 2012, than the Bush administration (46 strikes) by comparison in 2004 and 2008. It is in this retrospect that he suggests why the UAV is considered to be a target by insurgents. As he quotes Faisal Shahzad telling a judge, ‘Well, the drone hits in Afghanistan and Iraq, they don’t see children, they don’t see anybody. They kill women, children, they kill everybody. It’s a war and in war, they kill people…” [4]

FOR MORE DATA ON UAV, GO TO: http://securitydata.newamerica.net/drones/pakistan/analysis