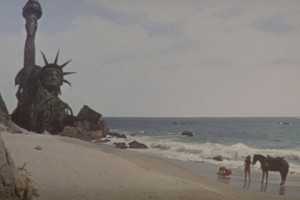 A few years back there was a speech given by British High Commissioner James Bevan in which has stated confidently that “Britian’s best days are ahead of us.” A positive message to share with the people but when I heard this I literally laughed out loud with sarcasm. I mean Britain used to own half the world including the United States and India, now both these countries have larger economies than they do. Britain’s “best days” are long since behind them at this point in time.

Every empire has seen its rise and fall from Babylon to Rome to Britain. It is almost a mathematical certainty that all empires will at one point or another come to an end. America has presided as world leader over perhaps the most prosperous and productive era’s in human history. But have the times of robust economical development and social innovation met our global limits? Is all the economic stagnation around the world something we must begin to accept as the new “norm”, or are we just caught awkward time before the next technological boom of innovation that will propel society forward?  These questions were addressed in the video segment below.

A brief segment of the video above talked about the phenomenon of economic stagnation and how this has effected global markets in the past. As defined by: http://lexicon.ft.com/Term?term=secular-stagnation – Secular stagnation is a condition of negligible or no economic

growth in a market-based economy. When per capita income stays at relatively high levels,  the percentage of savings is likely to start exceeding the percentage of longer-term investments in, for example, infrastructure and education, that are necessary to sustain future economic growth. The absence of such investments (and consequently of the economic growth) leads to declining levels of per capita income (and consequently of per capita savings). With the reduced percentage savings rate converging with the reduced investment rate, economic growth comes to a standstill – ie, it stagnates. While there’s no single definition of secular stagnation, most economists would agree it includes some combination of low growth, low inflation and low interest rates lasting more than a few years. As you can see from the graph to the left the economic development of nations around the world has been depressed.

There are many potential explanations for this shift, but the most plausible relates to demography. Growth was rapid in the aftermath of the Second World War, as Europe was reconstructed, and some of the benefits of pre-war technological change filtered through to the economy. Then from the mid-1960s onwards, the baby boomers joined the workforce. Now the baby boomers are starting to retire and the cost to society to care for these now old people is growing greater. More importantly the workforce is no longer growing like it once was pre-baby boomer era, in face it is only expected to shrink. As we have seen over much of the last century many jobs from cashier clerks to industrial workers have been lost to techological innovation and automation. Will future technological advances open up more jobs for people than they take?  Only time will tell.

In the mean time the United States faces some serious economic hurdles we need to overcome in the short term before we can thinking about growth in the long term. As the video segment reference in President Obama’s state of the union address he went on to speak about the United States economy and how anyone “anyone claiming that America’s economy is in decline is peddling fiction.” While it is true the United States still maintains the largest economy in the entire world, we are not without our faults.

For example while it is true that President Obama has created more jobs than any other President in history, it is also true that there are 5.8 million fewer Americans working full time in 2015 then there was in 2007: http://economix.blogs.nytimes.com/2013/03/08/the-rise-of-part-time-work/

As a result the median household income over the time of the Obama has fallen 2.2%: http://money.cnn.com/2015/09/16/news/economy/census-poverty-income/

Though it is not directly his fault and Mr. Obama did inherit an economy on the verge of collapse in 2008, the fact remains that poverty under his administration have reached the highest levels we have seen in the 50 years: http://www.washingtontimes.com/news/2014/jan/7/obamas-rhetoric-on-fighting-poverty-doesnt-match-h/?page=all

In his Presidential Address Mr. Obama claims to have “cut the unemployment rate in half” and while this is technically ‘true’, it is only true due to the fact that in 2010 Obama literally changed the definition of how the government calculates the unemployment rate: http://usatoday30.usatoday.com/news/nation/2010-12-28-1Ajobless28_ST_N.htm

In 2010 Obama removed the classification of people who were perpetually out of work or out of the work force for extended times. These people were dropped from the statistics altogether. In doing so this artificially dropped the “unemployment rate” as it had previously been defined. In fact based on the old standard of definition for the unemployment rate as it existed prior to 2010 – in 2015 the unemployment is 15.8%: http://www.forbes.com/sites/dandimicco/2015/02/13/jobs-the-real-unemployment-rate-please-anyone/#2715e4857a0b5d76a4ab423d

This is how the current global economic activity has effected United States citizens, when it comes to government the news has not been much brighter. For example did you know that the the United States government has been operating under annual budget deficit since 2002? As a result our national debt currently sits at 18.8 trillion dollars. In fact the combined (historical) national debt is up 95% since the time Obama took office and for 14 years running the U.S. government has continued to spend more money than it recieves. These are the problems the United States must overcome in the short term before we look ahead to the next technological economic boom, if this ever does come.

*This article was inspired by Lee Koromviki’s article with the PBS News Hour: http://www.pbs.org/newshour/bb/are-the-best-days-of-the-u-s-economy-over/

If you enjoyed this article you may also enjoy:

This article (Are The United States Greatest Days Behind Us?) is free and open source. You have permission to republish this article using a creative commons license with attribution to the author and AnonHQ. You can find me in the conversations at www.anonboards.com