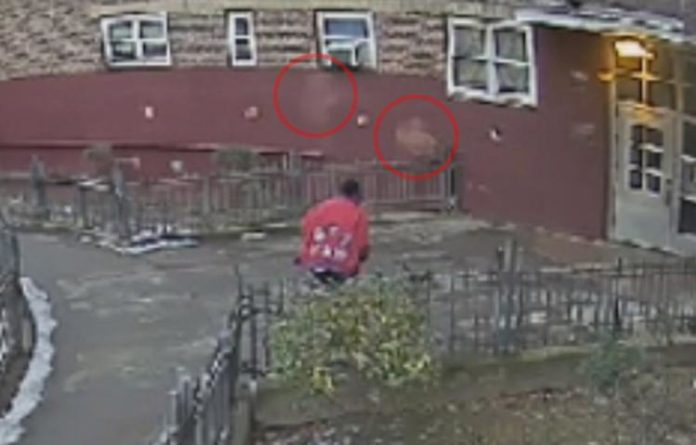 According to NYPD Officer Jonathan Rivera, 15 year-old Ketson Charles pointed a firearm at him multiple times. This allegedly occurred after a chase through an apartment complex, ending with an unarmed and surrendering Rivera being shot three times. Keston was initially shot in the buttocks as he ran from police. As he surrendered, he turned toward the officer and raised his arms. Rivera continued to fire, shooting him in the side and chest. Despite the video surveillance that contradicts Rivera’s story, no discipline was ever handed down. The family is now suing the NYPD. The family are awaiting a decision to see if their case can proceed in federal court or not. “The officer’s claim that this young man repeatedly took aim at him with an unloaded toy gun not only defies logic, but it is blatantly contradicted by the video,” stated the trio of lawyers representing the family.

Phil Smallman, Michael Colihan and David Shanies are handling the lawsuit for the Charles family. Many comparisons have been made between this case and the case of Tamir Rice. Ketson Charles fortunately survived his encounter with the police. “What happened to Tamir Rice was a tragedy, and both cases are painful reminders of the urgent need to stop unjustified shootings of young African-Americans.”

The shooting occurred in December 2013, with Officer Rivera having been exonerated of any wrong doing by the NYPD firearms discharge review board. His exoneration comes despite clearly established protocol for the shooting of fleeing criminals, and his blatant lies about Keston’s actions that day. The fact that Rivera lied about having a weapon pointed at him, seems to only prove that fabricating evidence to justify your actions is the norm at the NYPD. The initial call was that Keston was running around in possession of a BB-gun. That being the case, Rivera knew that he was not in possession of a real firearm. This alone discounts any reasoning he may have used, to fire his weapon. The case of Tennessee vs. Garner clearly establishes the circumstances under which you can fire at a fleeing suspect. The suspect needs to pose a significant and imminent threat to individuals in the area. Case law has established that if you are running down an empty street with an AK-47 and have not threatened anyone with it, police cannot shoot you. Police in this era seem to consistently violate the law and no one ever calls them out on it. According to The Charles family lawyers, the basis of their suit is excessive force, citing the sixteen shots that were fired were not appropriate for any perceived level of threat Keston may have posed. Rivera fired all sixteen shots from his service pistol, despite the U.S. Supreme Court’s clear ruling: you are not justified in shooting a fleeing suspect under these circumstances. If the case is allowed to proceed, a jury will watch the video footage which upends Officer Rivera’s testimony – that Keston repeatedly threatened him with the BB-gun. According to the city, the number of shots fired was justified, only because Keston was struck three times. The city has failed to address specific details of the video including the fact that Keston was shot as he turned toward the officer, unarmed.

According to Chuck Drago, a former Florida police chief and police analyst, the question the officer involved needs to ask is “Am I creating more of a danger by chasing this person than if I let this person stay at large?” In the case of Keston Charles, the answer is undoubtedly yes. The result of police action was that a fifteen year-old boy was nearly killed, whereas the other outcome would have been to arrest him once he got home. The proper course of action would have been to call for backup, provide a description and do anything but shoot.

This is just another example of the shoot first, ask questions later mentality, which is prevalent in today’s police culture. The fact that Rivera was found to have been justified in his actions by the internal review board, again, only goes to show the constant covering up of wrong doing by law enforcement is a very real concern. The city has declined any comment on the case while the suit is pending.

This article (Video Shows NYPD Cop Shoot at Fleeing Teen Sixteen Times) is a free and open source. You have permission to republish this article under a Creative Commons license with attribution to the author and AnonHQ.com