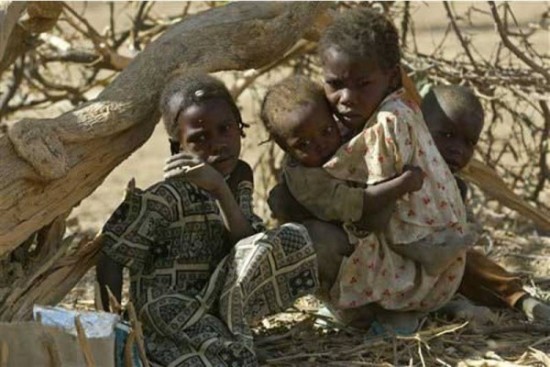 The Republic of the Sudan has witnessed many armed conflicts. Many of these conflicts are a result of the unequal distribution of the country’s resources. Unfortunately, the worst of these conflicts is likely to be what is currently occurring  in the Darfur region. In this region, the United Nations estimates that some 300,000 people have been killed by the Sudanese government forces.

This has led to the indictment of the country’s president-Omar al Bashir, by the International Criminal Court (ICC) for committing genocide. He has continuously denied the charges by the ICC and said the death toll from the conflict has been exaggerated by the ICC. But, even as the South became independent, the two countries are still witnessing brutal armed conflicts. As some of these conflicts are happening at the blind side of the world, they are happening unnoticed by anybody.

According to Take Part, in the Nuba Mountains of the Republic of the Sudan, some children have been seeking refuge in cobra-infested caves in a bid to avoid the daily bombardments by the country’s air force against rebels in the region. The Nuba Mountains is an area located in South Kordofan. The area is home to a group of indigenous ethnic groups known collectively as the Nuba peoples. Nicholas Kristof, the New York Times reporter who has been following the plight of these children, described their story as “21st century Anne Franks,” adding that “they are hiding out from the savagery of war, and are getting almost no help from world powers.”

In a special video report, titled ‘The Worse Atrocities You Have Never Heard Of’, filmed by Kristof and his producer-Adam Ellick’s, the two exposed the suffering of the children in the remote area of the country. Their report delved into the Sudanese genocide that has been going on for four years. During this time, the government has been bombing villages, schools and hospitals, and keeping out food and medicine. The report also points to a horrible ethnic cleansing unfolding in the Nuba Mountains.

According to the brave reporters who made the sad revelation about the plight of these children, part of the reason that the genocide is going unnoticed is that the remote, rebel-controlled mountainous region is difficult to access.

Before having exclusive access to film the children, Kristof and Ellick had to first illegally slip across rebel lines into the isolated region.

This was the fourth time Kristof had been to the area. He was quoted as saying “There are no taxis, no cell phones, and only rumors of roads.”

He said his hopes are that the report from the video will be able to galvanize audiences into raising questions about the unreported genocide. He also hopes that the report will encourage world leaders to act to save the lives of the many desperate children in the area.

This Article (Video: Watch The Hidden Genocide In Sudan Where Many Children Try To Avoid Bombs and Deadly Cobras On A Daily Basis) is free and open source. You have permission to republish this article under a Creative Commons license with attribution to the author and AnonHQ.com.