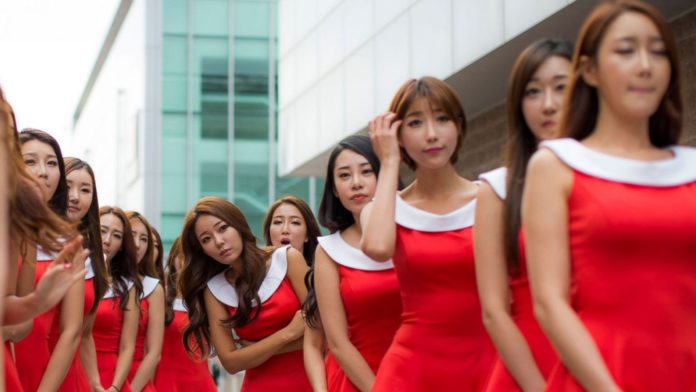 In popular culture, Asian women are reduced down to damaging sexualized stereotypes — exotic, seductive, subservient, controllable, and meek. The sexist and racist mentality of the Western society disproportionately and constantly targets the Asian women as sex objects with their individuality completely dismissed.

The gaming community is one of those communities I sometimes hate to be a part of. Makes fun of gays and uses asian women as sex objects.

The Internet is full of websites catering to the Asian fetish. According to a study of nearly 2.4 million users of Are You Interested — a Facebook dating app — black, white, and Latino men preferred Asian women above all other races, when they searched for dates. Is it because Asian women make better sexual lovers than other women?

No. It’s because most men are into their skin color, not really into them. Does the sexist stereotype damage the dating prospects of Asian women? Yes. The complexities of desire, sexual politics of interracial dating, objectification and fetishization have affected the way Asian women are perceived by others. In the United States, up to 61% of Asian women experience physical and/or sexual violence by an intimate partner during her lifetime.

“The objectification and fetishization of Asian women comes out of devastating wars and exclusionary immigration practices that get re-transcribed by books, movies, and other mass-consumed media. While some folks might think that these sexual stereotypes are a “compliment” or “positive”, the ongoing violence perpetrated against Asian women as a direct result of these stereotypes get overlooked.

“Objectification is about being seen as less than human. As unworthy of anything else but a singular use and function. Asian and Asian American women continue to be objectified sexually through cultural consumption and misrepresentation in ways that also have negative day-to-day impacts, from commuting to dating.”

This article (VIDEO: How the West Dangerously Portrays Asian Women as Exotic Sex Objects) is a free and open source. You have permission to republish this article under a Creative Commons license with attribution to the author and AnonHQ.com.