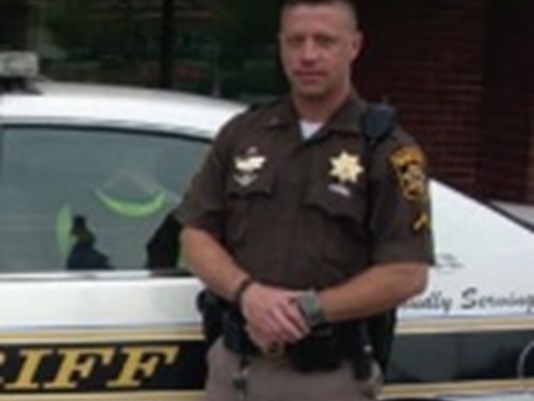 Another cop has been arrested on charges of possessing child pornography. Sex crimes seem to be overly prevalent in the law enforcement community and this case involving a Virginia Deputy Sheriff is no exception. Charles County Deputy Alexander C. Sullivan was arrested and charged with possessing over 200 photographs and five videos of children engaged in explicit behavior.

The arrest warrant was issued on the 21st of November, with Sullivan taken into custody on the same day. The case was broken open by a cloud security company, who reached out to the National Center for Missing and Exploited Children after they discovered four uploads containing child pornography. The phone number associated with the upload was provided to federal law enforcement who initiated an investigation. The phone number traced back to Sullivan before he moved to Virginia from Maryland. The detectives working the case at the Charles County Sheriff’s Office recognized Sullivan’s name and phone number and realized he was another deputy.

The Sheriff’s statement read, “Investigators assigned to the CCSO Criminal Investigations Division recognized the name of the person affiliated with the phone number as a fellow officer. Sheriff Troy D. Berry said detectives launched a swift and immediate investigation which was subsequently turned over to federal authorities at the recommendation of the Charles County State’s Attorney’s Office”

The department obtained search warrants for Sullivan’s phone. It was at this time they discovered the 200 images and five videos of child pornography. The arrest was part of a much larger operation known as Project Safe Childhood, developed by the Department of Justice in 2006. It is a nationwide coalition of law enforcement agencies and private non-profit groups that look to find, identify and recover children who are victims of abuse and sexual misconduct, as well as prosecute offenders.

Unfortunately, police sex crimes are not uncommon. This year alone has seen at least three officers arrested for seeking out or possessing child pornography. Just last month, a former Jacksonville officer was arrested on child porn charges stemming from his relationship with a 3-year-old girl and her mother. He was allowed to resign from his position with the Sheriff’s Office. Another officer in Newington, Connecticut, was arrested in September for sharing child pornography over the internet. His arrest also came as the result of a federal investigation. Sexual crimes by police are an extension of their appetite for power they come to enjoy while on patrol. Unfortunately, there are no records kept on the number of sex crimes committed by police each year, however, in 2016 alone we are fast approaching 50 arrests for the vilest of crimes.

Fortunately for the community, Sullivan was suspended without pay, which is the first sign that the department is taking the allegations seriously. According to the Sheriff, “We will continue to work without law enforcement partners as the investigation moves forward.” Despite the arrest, we have seen time and time again, police officers acquitted by juries who don’t seem capable of telling when cops are the bad guys.