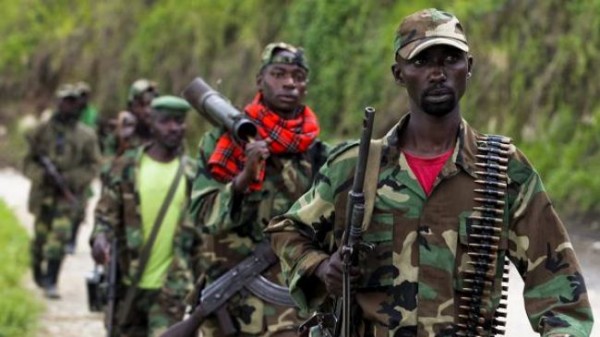 The Democratic Republic of the Congo (DRC) is a country located in Central Africa. It has an abundance of mineral resources. In fact, the country is widely considered to be the richest country in the world in terms of natural resources.

The untapped deposits of DRC’s raw minerals are estimated to be worth in excess of US $24 trillion. It has 70% of the world’s coltan, a third of its cobalt, more than 30% of its diamond reserves, and a tenth of its copper.

But despite this vast mineral wealth, its economy has declined drastically since the mid-1980s. Its citizens are among the poorest people on earth; the Congolese people are consistently assigned the lowest, or near lowest, nominal GDP (gross domestic product) per capita in the world. Wars led by brutal rebel movements have become synonymous with the DRC. Because the DRC is a fortunate country in terms of resources, questions arise around the country’s contradicting position, such as the total chaos and impoverishment the country is experiencing. For the many concerned Africans, the biggest question that remains unanswered is: who is benefiting from these vast resources at the expense of ordinary citizens?

Many observers in Africa are of the view that all the chaos being fomented in the DRC—in which its mineral resources are used to fund wars, child soldiers, killings, and all sort of heinous crimes—are a result of colonial inheritance.

In the 1870s, Belgian explorers undertook a special assignment in Central Africa and saw that the land is very rich. The then King of Belgium, Leopold II sponsored the exploration. Leopold II would later name the land -Congo Free State, acquiring it at the Berlin Conference in 1885 as his personal property. In his administration of the Congo Free State, Leopold II brutalized the local people to produce rubber. At the time, the spread of automobiles and the development of rubber tires had created a huge growing international market for rubber. The sale of rubber made Leopold incredibly wealthy, so he went on to build several buildings in Brussels. To enforce the rubber quotas, the army, the Force Publique, was called in. The army then proceeded to punish the natives who refused to produce rubber for Leopold by cutting off their limbs.

During the period of 1885–1908, millions of Congolese died as a consequence of exploitation and disease. In some areas, the population declined dramatically. This atrocity by the Belgian King claimed more than 12 million lives. The crimes being committed in the Free State was finally brought to the attention of the international community through the individual efforts of people like Sir Arthur Ignatius Conan Doyle, who wrote the book, The Crimes of the Congo.

The land was finally taken from the king and was officially made a Belgium colony. It was not until Patrice Lumumba emerged that the struggle for self rule spread across the country in the 1950s.

The country was finally granted independence in June 1960. Patrice Lumumba became the first prime minister of the country.

Lumumba wanted to unite the people and take advantage of its abundant resources to develop the country. However, although independence was granted, it was only in form not substance. Belgian intelligence continued to operate in the country. The Belgian intelligence succeeded in fomenting a huge political crisis, killing Lumumba and dissolving his body in a highly concentrated acid to prevent any traces.

With Lumumba out of the way, the Belgians and other western governments helped install Mobutu Sese Seko, a brutal dictator who would steal, exploit and plunder the country’s resources to his and his western cohorts advantage.

Finally, Mobutu was finally toppled in a rebel rebellion in 1997; however, the damage caused to the country from the time of Leopold II to the fall of Mobutu, was devastating and difficult to repair. The country today is being torn by many armed rebels fighting for control of the resources. Rebels smuggle minerals across the border into Uganda and Rwanda, where they are exported to Europe, North America and Asia. Often the rebels use children and women as a cheap labor source.

Children are enlisted into the rebel movements. Those who resist are either burned alive or decapitated along with their family.

The mineral trade is a valuable source of income for government soldiers and rebels alike. The people who are enjoying this chaos are the rebel top commanders, the few government officials, and the hidden western governments who are continuing to support these rebels so that they can benefit.

The situation in the DRC is a total mess. As you watch this special documentary by Vice, pray for the reconstruction of the country and it’s total independence for the African continent.

This Article (Watch How Abundant Mineral Resources Have Turned Into A Curse In The DRC [Video]) is free and open source. You have permission to republish this article under a Creative Commons license with attribution to the author and AnonHQ.com.