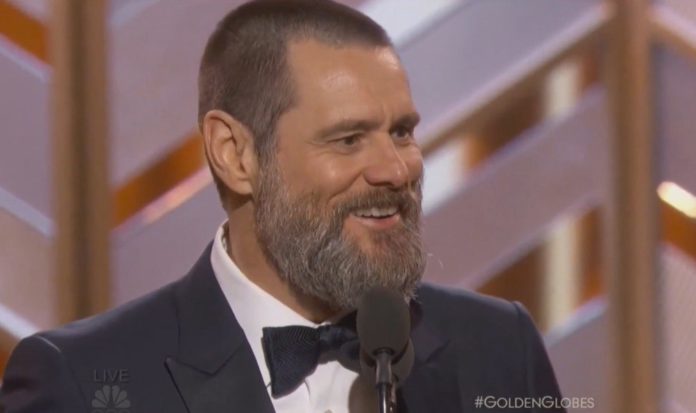 During the Golden Globes 2016, comedian Jim Carrey took a moment to mock the conditioned desire to ‘be’, ‘do’, and ‘achieve’ more.


During the Golden Globes 2016, a bearded – and smiling – Jim Carrey took a moment to reflect on how ‘worthy’ he would be if he was a three-time recipient of the award.

Of course, he was making a mockery of the ego-driven system which drives the American economy, as well as compels so many people to feel like they are not ‘enough’.

The audience chuckled along with his honest rant, but likely because they, too, understand the pressure to ‘be’, ‘do’, and ‘achieve’ more.

On the daily, the average individual is bombarded with a plethora of messages to live, act, and appear a certain way. From advertisements on the radio telling someone they’re ignorant if they don’t order a restaurant’s latest entree, to posters in the Subway advocating for liposuction or the newest fad diet, people are pressured from almost every angle to not be happy with who they are or what they already have, and that is a major issue.

Thankfully, Carrey drove this message home during his spiel (which you can view above).

When individuals in developed nations acknowledge that they have more (education, possessions, rights) than most others in the world and that material goods do not provide sustained happiness, the infatuation with mindless consumerism will meet its end.

Hopefully, Carrey’s message does not fall on deaf ears.

This article ([Watch] Jim Carrey Mocks The Ego-Driven System Forcing Us To Believe We’re Not Enough) is free and open source. You have permission to republish this article under a Creative Commons license with attribution to the author and TrueActivist.com