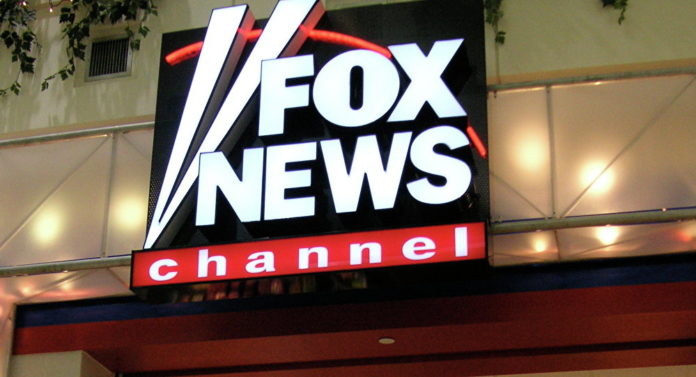 The story first broke in New York magazine, documenting the ongoing racial discrimination and harassment that has surfaced as being a large part of Fox News culture for decades. Lawyers representing the employees documented the complaint in a letter to the network’s lawyers, obtained by New York:

“Forcing a black woman employee to ‘fight’ for the amusement and pleasure of her white superiors is horrifying. This highly offensive and humiliating act is reminiscent of Jim Crow era battle royals,” the letter states.

The letter also outlines Ms Efinger’s laughter at the racist behavior. “Not once did Ms. Efinger step in or attempt to interfere with Ms. Slater’s outrageous conduct,” the letter explains. “Ms. Efinger chose to laugh or giggle following Ms. Slater’s vitriol.”

“Forcing a black woman employee to ‘fight’ for the amusement and pleasure of her white superiors is horrifying. This highly offensive and humiliating act is reminiscent of Jim Crow era battle royals”

The lawsuit, originally filed by two employees saying they were subjected to “top-down racial harassment” have this week been joined by seven others claiming similar discriminations in the payroll department, as well as Kelly Wright, a black reporter and news anchor for the media outlet.

Wright, according to CNN was “effectively sidelined and asked to perform the role of a ‘Jim Crow’ — the racist caricature of a Black entertainer.”

Wright’s claims involve recently shamed Bill O’Reilly, who was earlier fired from the network for his lewd and discriminatory behavior towards other employees.

Baltimore Sun media critic David Zurawik says Rupert Murdoch and his two sons have a lot of miles to cover to “root out” those who are left at Fox who are responsible for feeding the toxic discriminatory culture within Fox News.

“Such cultural change does not happen overnight, of course. But the need for a more enlightened corporate culture at Fox has apparently at least been recognized by Lachlan and James Murdoch, the sons of Fox patriarch Rupert Murdoch,” Zurawik writes. “How deeply they will be able to cut into the culture to root out such sexist behavior is another question.”

But the firing of top level players doesn’t resolve the outlet’s legal issues. Fox News is also under federal investigation for disguising past settlements totally up to $13 million for five women, that were not disclosed to investors. This grand jury probe, now in effect, hangs over the Murdoch empire as investigations continue.

Zurawik said that this is only the starts of the battle for the Murdochs and Fox. “Now the disease itself needs to be cut out of the culture of Fox,” Zurawik wrote.

This article (What the Fox? Sued Again: Fox News Forcing Black Women to “Fight” White Women) is a free and open source. You have permission to republish this article under a Creative Commons license with attribution to the author AnonWatcher and AnonHQ.com.