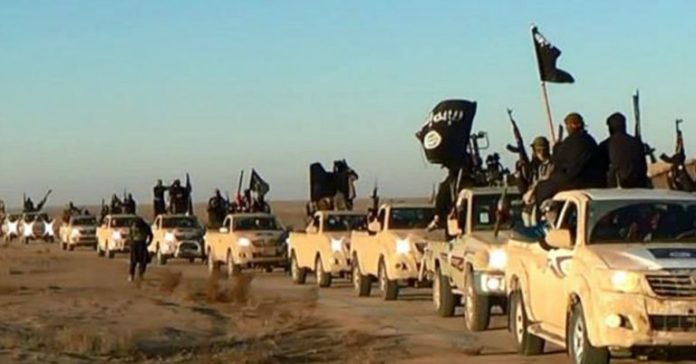 By Alexis Henning at trueactivist.com

This week, WikiLeaks released over 500,000 diplomatic cables as an addition to the Carter Cables that were first released in 2014. In these new cables, WikiLeaks founder Julian Assange states there is definitive proof that the United States CIA is “essentially responsible for creating ISIS”.

Assange says the new cables reveal that the events in 1979 began a series of events that were ultimately responsible for the evolution of ISIS.

“If any year could be said to be the “year zero” of our modern era, 1979 is it”, Assange stated in a press release on Monday.

Essentially, the CIA and the Saudi Arabian government put billions of dollars into creating a Mujahideen militant group that would fight against the Soviet Union in Afghanistan – continuing the US and the Soviet Union’s constant proxy wars. This group ended up becoming known as ISIS.

“In the Middle East, the Iranian revolution, the Saudi Islamic uprising and the Egypt-Israel Camp David Accords led not only to the present regional power dynamic, but decisively changed the relationship between oil, militant Islam, and the world.

The uprising at Mecca permanently shifted Saudi Arabia towards Wahhabism, leading to the transnational spread of Islamic fundamentalism and the US-Saudi destabilization of Afghanistan,” said Assange.

The invasion of Afghanistan by the USSR would see Saudi Arabia and the CIA push billions of dollars to Mujahideen fighters as part of Operation Cyclone, fomenting the rise of Al-Qaeda and the eventual collapse of the Soviet Union.

The 1979 current of Islamification spread to Pakistan where the US Embassy was burned to the ground and Pakistan Prime Minister Zulfikar Ali Bhutto was executed.  The Iranian hostage crisis would go on to fatally undermine Jimmy Carter’s presidency and see the election of Ronald Reagan.

“The rise of Al-Qaeda eventually bore the September 11, 2001 attacks in the United States, enabling the US invasion of Afghanistan and Iraq and over a decade of war, leaving, at its end, the ideological, financial and geographic basis for ISIS,” said Assange.

In an interview with Dartmouth Films and RT, Assange also mentions Hilary Clinton’s involvement. Assange states that while it has been noted that Saudi Arabian and Qatari funds are “all over the place, including too many media institutions”, and that “even the US government has mentioned or agreed with that some Saudi figures have been supporting ISIS”, he believes this is a dodge to the real depth and intention to which the Saudi government supports ISIS. He believes these cables show that the same governments that fund Hillary Clinton’s campaign are simultaneously propping up ISIS and other radical groups in the region.

However, as can be seen by leaked e-mails between Hillary Clinton and her Campaign Manager John Podesta, Clinton’s military strategy is to defeat ISIS/ISIL by utilizing local allies. According to the emails, Podesta confirms that Saudi Arabia and Qatar are providing “clandestine financial and logistic support to ISIL”

In a 9-point plan to Hillary Clinton, Podesta states that

“in Iraq it is important that we engage ISIL using the resources of the Peshmerga fighters of the Kurdish Regional Government (KRG), and what, if any, reliable units exist in the Iraqi Army. The Peshmerga commanders are aggressive, hard fighting troops, who have long standing relationships with CIA officers and Special Force operators. However, they will need the continued commitment of U.S. personnel to work with them as advisors and strategic planners, the new generation of Peshmerga commanders being largely untested in traditional combat. That said, with this U.S. aid the Kurdish troops can inflict a real defeat on ISIL.”

Podesta also states that ISIS needs to be pushed back to a “tangible defeat” so local fighters in the region do not think it is an “American defeat”. Neither John Podesta or Hillary Clinton have confirmed the validity of the leaked emails.

This article (WikiLeaks Cables Link U.S. Government To The Creation Of ISIL) is free and open source. You have permission to republish this article under a Creative Commons license with attribution to the author and TrueActivist.com