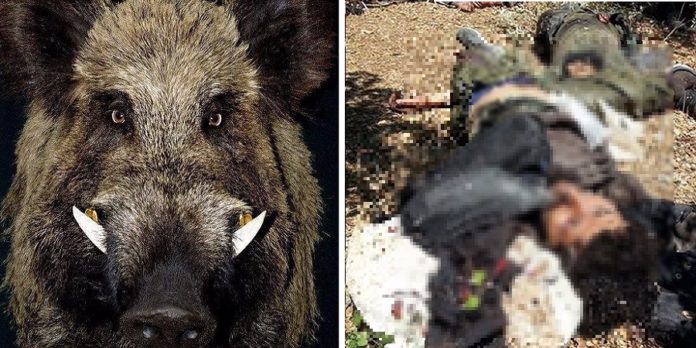 The self-proclaimed Islamic State of Iraq and Syria (ISIS) is using Islam as a cover cloak to perpetuate all kinds of heinous crimes the Islamic holy book, the Quran, forbids adherents of the religion to do.

These criminals touting themselves as the defenders of Islam in fact know nothing about the religion. The terrorists were created by their proxy masters in the West with the support of Israel. The ultimate goal is to destabilize the Middle East so that the masters can continue to plunder resources in the region. The terrorists themselves also stand to gain. ISIS and all the other terrorist groups’ actions have nothing to do with religion. They use Islam to hunt for money and power. The fundamental goal of these terrorists is to create fear among people so they can continue to carry out their nefarious activities with other distinct criminal groups – such as drug cartels – to generate money through the illegal economy or black markets.

The black flag of ISIS has become the latest symbol of Islamic extremism. The brutal nature of ISIS’ beheadings and slaughter of its victims while recording and sharing it on the internet to show its power, is nothing but a complete misrepresentation of Islam.

ISIS fighters have killed or driven away many people who disagree with their teachings in territories they have annexed in Syria and Iraq. Minority religious group, including Christians and Yazidis, are the worst victims in ISIS-controlled areas. The brutalities of ISIS know no bounds. However, even animals have realized these brutalities, and are now taking drastic actions against the terrorist group.

Local media in Iraq report that wild boars inhabiting the al-Rashad region, located about 53 kilometers south of Kirkuk, have angrily attacked ISIS fighters who were patrolling the area. The attack is said to have left 3 fighters of the terrorists dead while the rest had to flee for their lives.

A man who spoke to local media on condition of anonymity, due to fear of reprisal from the terrorists, said it is unclear what led the animals to attack the fighters. He said ISIS fighters constantly patrol the area.

I HAVE A PLAN TO DEFEAT ISIS IN 30 DAYS: Wild boars overrun Islamic State position, kill 3 militants https://t.co/0uKCbnfgeN via @usatoday

On Sunday, April 23, luck eluded ISIS fighters when they came face-to-face with the wild animals. According to the anonymous man, what he witnessed was the aftermath of the attack. He saw three ISIS fighters badly eaten by the boars. He said after the animals had left the tattered bodies, the fighters who had fled earlier then returned to the scene of the attack with heavy weapons and a taste for vengeance against the animals.

The animals by then had gone deep into the wilderness. The terrorists picked the remains of their fallen fellows for burial.

A local chief, Sheikh Anwar al-Assi, who opposes ISIS, told The Times of London in an interview that the terrorists were hiding in the area; waiting to attack tribal men who had formed armed coalition against the group. He said while ISIS fighters were still waiting, the boars suddenly overran their positions, killing 3 while injuring 5.

“It is likely their movement disturbed a herd of wild pigs, which inhabit the area as well as the nearby cornfields,” Sheikh al-Assi said.

One local outlet quoted a second unnamed source as saying that the terrorists were able to take revenge against the wild boars, but the source failed to elaborate further regarding the method of the revenge. It is clear that this source wasn’t a firsthand witness like the first unnamed source. Irrespective of this, the animals succeeded in killing three terrorists without using heavy guns or jet bombers. This shows that even animals are against what ISIS is proclaiming on the face of the Earth in the name of Islam. Probably, the boars are masters in guerrilla warfare, and will keep on killing ISIS fighters in the area by their effective hit and run tactics.

When the death of the terrorists broke, many people took to social media to express their joy. Some suggested the boars are effective fighting machines against the terrorists, more so than the so-called coalition led by the United States.

According to local observers in Iraq, ISIS seized Kirkuk and its surrounding areas in 2014. The terrorists have since been unleashing pure brutalities on residents in the area. It is said thousands of civilians had to flee the area for their lives. These displaced people now live in refugee camps in the province and neighboring cities.

This article (Wild Boars Finally Stand Up to Defend Their Habitat from ISIS, Eats Terrorists in Iraq) is a free and open source. You have permission to republish this article under a Creative Commons license with attribution to the author and AnonHQ.com.