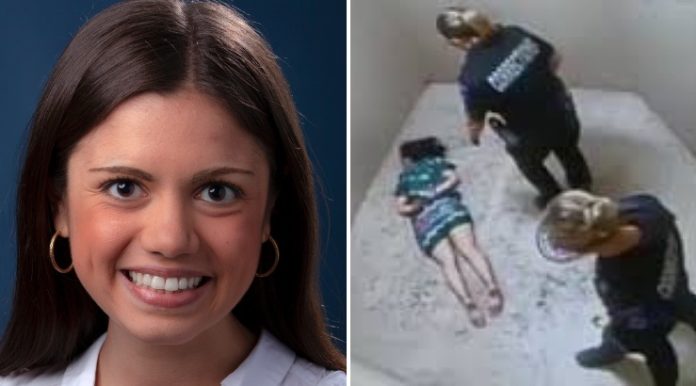 A 45-year-old mother of five with bipolar disorder was experiencing “a mental health episode” in late December of 2017 and needed more help than her family could provide. Her husband, Reynaldo Rodriguez, dialed 911 from their home in SeaTac, Washington and told the dispatcher that his wife needed a doctor.

Reynaldo, who is not fluent in English, communicated to the dispatcher using an interpreter that he was not calling to report a crime but was calling instead to request medical help for his wife, Damaris Rodriguez. Despite what he told the dispatcher, police showed up to their home before an ambulance.

With the help of an interpreter, Reynaldo spoke to KIRO 7 about what happened that day:

“I told them, she doesn’t need to go to jail. She needs to go to a hospital.”

Reynaldo told deputies that his wife was hearing “voices in her head, becoming abnormally agitated, experiencing extreme anxiety and paranoia.”

According to lawsuit filed in the U.S. District Court Western District of Washington by Damaris’ family two years after her tragic death, the arrival of the police “set in motion a tragic series of events that led Damaris to SCORE and to her eventual death.”

The lawsuit states that the mother of five’s “death followed four days of inexcusable neglect and appalling conditions at the South Correctional Entity Jail (“SCORE”) that can only be described as torturous.”

From the moment Damaris Rodriguez was carried into the SCORE jail in handcuffs, her every move was captured on surveillance video. As the family prepared for the lawsuit, their attorney reviewed the disturbing footage. Damaris was first dragged into a booking cell and left along lying face down on the floor. She was moved into her cell a short 20 minutes later where she paced in circles.

Less than 24 hours later Damaris was naked, pacing, crawling on the floor, and vomiting.

Nate Bingham, a lawyer representing Reynaldo and his five children, reviewed the footage that he described as “a window into hell.”

According to Bingham, the mother of five “was sick, she was hallucinating, and she was dying.” Despite these obvious signs of distress, no one knows exactly when Damaris died because it appears no one was paying close attention to her.

“After she stopped breathing, it was awhile before anyone even noticed her,” Bingham said.

Bingham has shared clips of the disturbing surveillance video with the media. He believes the footage clearly shows that Damaris spent “four days alone in a cell, naked, surrounded by her own urine and vomit” as she fought “both mentally and physically against her own hallucinations.”

According to a report from NBC, “Rodriguez was observed vomiting, stumbling in circles, grabbing her genitalia, spinning in circles, lying on her face, throwing food and displaying other erratic behavior, but she was never attended to.”

Staff at SCORE violated federal law that states an inmate must be charged with a crime or released within 72 hours by keeping her for more than 106 hours.

“She was never taken in front of a judge,” Bingham explained. “Damaris spent the next four days descending into insanity, becoming sicker and sicker and eventually her body shut down and she died.”

It is impossible to know how long Damaris may have remained behind bars without charge had she not ultimately died after four days of solitary confinement.

Bingham contends that jail staff “should have taken her to a hospital right away,” adding, “if a mentally ill person can’t participate in an examination, there’s a problem.”

According to the family’s lawsuit, “numerous recent in-custody deaths connected to SCORE,” and that “people of color, such as Damaris Rodriguez, have died at a disproportionately high rate.”

GRAPHIC WARNING: The video footage included in the CBS clip below may be disturbing to some viewers.