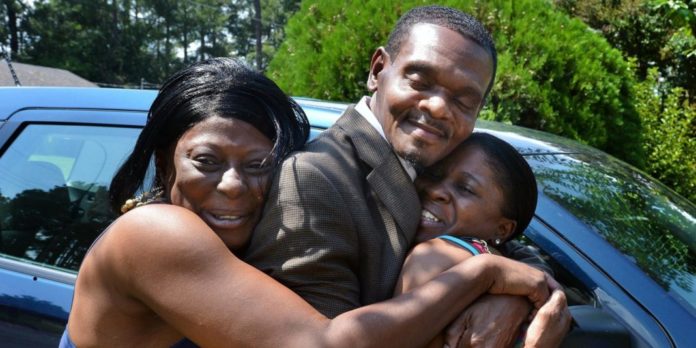 Once again, the American justice system commits another heinous act of mistreatment against innocent U.S citizens. Two brothers, Henry McCollum and Leon Brown, whom of which are mentally disabled, were unduly coerced into confessing rape and murder of an 11-year old girl in Lumberton, North Carolina 30 years ago. They are now acquitted. Although, this case is one of the most gruesome examples of police coercion.

On Tuesday, September 2nd. A judge ordered the release of both Henry McCollum, now 50, and Leon Brown, now 46. The case against the two disabled men were always weak. The case fell apart after DNA evidence implicated that another man who lived a block from the location, where the victim’s body was found, was undoubtedly involved.

Police unfairly coerced confessions from the two mentally disabled men. The two men were teenagers at the time, which became the primary backing used for the case. It is rather ambiguous as to why the police focused on the two men. The physical evidence that were supposedly used to back their claim were  vacant and lacked a solid foundation. Roscoe Artis, the man now suspected of committing the atrocities, confessed to committing a similar rape and murder around the same time.

At the time of ruling, McCollum was awaiting execution on death row and Brown was serving a life sentence in prison.  When the judge announced his decision to set the brothers free, the courtroom erupted into a jovial blowout. “We waited all these long years for this,” said James McCollum, the father of Henry McCollum. “Thank you, Jesus.” The absolution ends decades of legal and political rivalry over a case that received nationwide attention, and also became infamous in North Carolina, vividly reflecting the country’s defective predilection of the death penalty. In 1994, when the Supreme Court refused to review the case, Justice Antonin Scalia delineated Mr. McCollum’s offense as, “So heinous that it would be hard to argue against the death penalty.” But, in a debate, Justice Henry Blackmun argued that McCollum’s mental age of 9 made the death penalty disproportionate and unconstitutional. No physical evidence ever involved McCollum or Brown to the crime. However, a local adolescent cast a rumor upon McCollum and Brown, who had recently moved to the area.

After five hours of questioning and interrogation without an attorney present and with his mother weeping in the hall, not allowed to see him, McCollum, out of frustration, confessed to the crime saying that he and three other boys killed the girl. After he signed a statement written by investigators, he asked, “Can I go home now?” Later that night Brown also confessed after being told that McCollum had confessed and that he could get the death penalty if he did not cooperate also. Both men afterwards recanted saying their confessions were coerced. The other two men mentioned in Mr. McCollum’s confession were never prosecuted.

In recent years, attorneys at the Center for Death Penalty Litigation, working with private law firms, began pressing for DNA testing of the physical evidence in the case, which included a cigarette butt discovered near sticks found at the homicide. Recent DNA testing by a completely independent state agency found a match for the DNA on the cigarette butt to Roscoe Artis, who lived only a block from where the body was found and who had a history of convictions for sexual assault.

Only weeks following the homicide, Mr. Artis admitted to the rape and murder of an 18-year-old woman. Officials never explained why, despite the extraordinary similarities, they kept their focus on McCollum and Brown. Joe Freeman Britt, the original prosecutor said last week he still believed the men were guilty.