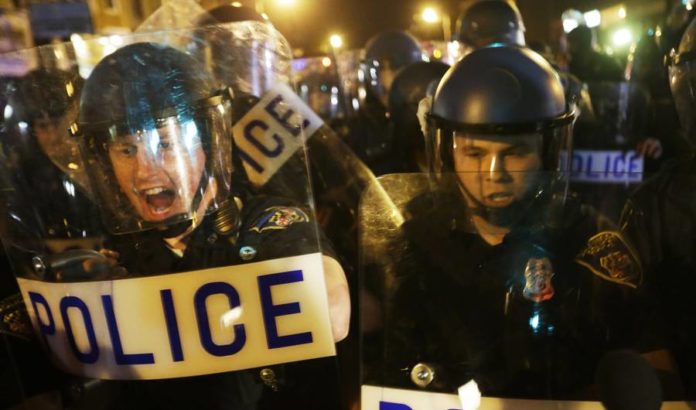 History will repeat itself; almost all Americans agree that the terrible situation that had unfolded in Baltimore last week seem set for a summer sequel, according to a new national poll conducted by the Wall Street Journal and NBC News.

Released Sunday, the survey found that a “resounding” 96% of Americans expect the destruction that funneled through Baltimore last week to repeat itself at some time during the upcoming summer months. These results indicate that the vast majority of Americans “believe Baltimore’s recent problems aren’t a local phenomenon but instead are symptomatic of broader national problems.” Uh-oh.

What this means is that virtually everyone in the country is aware of something that is slowly going wrong in the system, messing with the status quo. What happened in Baltimore could occur with greater regularity unless the underlying problem is addressed…. Unfortunately, the poll also found that Americans continue to disagree on just what that something is. Addressing the wrong “problem” might only exacerbate the issues we face.

60% of blacks said the crisis in Baltimore was the result of “long-standing frustrations about police mistreatment of African Americans,” while 27% said the disturbances were caused by people who used the death of Freddie Gray “as an excuse to engage in looting and violence.”

When the Journal asked whites, the results were reversed, with 58% of whites blaming “hoodlums” for the Baltimore riots. Just 32% attributed the incidents to decades of police-community tensions.

It’s possible that media coverage of the events in Baltimore has brought white and black Americans back towards a closer understanding of the events as they unfolded last week, and over a quarter of African-Americans have blamed the rioters rather than the long-sown mistrust between police and the community.

But the results of the poll suggest that, at the very least, the majority of whites see the root cause of the riots in a different manner from the view held by the majority of blacks.

This explains why people believe that a repeat of the riots is inevitable, in other cities all across the nation. If many black people blame police mistreatment of African-Americans, and whites the lawlessness in poor minority communities, it follows that these deeply-held but terribly conflicting viewpoints could contribute to a vicious cycle; misunderstanding fuels anger, which leads to a reaction that further polarizes opinions and causes further misunderstanding etc.

This is troubling because black communities that are disproportionately likely to have had negative experiences with the police will continue to react with justified outrage at continued incidents of police brutality and police wanton slaying of black men. The large majority of whites that trust their local police departments will likely continue to view the resulting anger as the product of sour grapes, and a disrespect for authority, leading to a justified support for the majority of police officers who do not engage in wanton racist targeting of ethnice minorities (and even tacit approval of the mass-arrest of even peaceful activists).

Unfortunately, this means that no one has or will be able to address any of the underlying factors that contribute to the plight of minority communities, and the increasing militarization of U.S. police forces.

Many people believe that more unrest is coming, which could become a self-fulfilling prophecy because the situation might get worse if certain departments react to unrest by cracking down hard. Media portrayals that over-emphasize the worst moments probably don’t help, especially when they drown out the MAJORITY of voices on both sides who are looking to keep things peaceful.

While we have not come to the point of a race war, this cycle is set to continue until there is some kind of… intervention. If the people cannot come to a consensus soon, the government will be all too happy to step in and impose one which is detrimental to all. Can anyone say, provocateur?