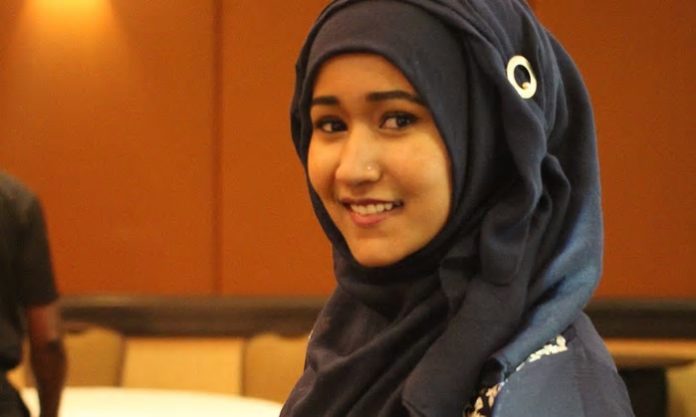 An American-born Muslim and student has created a document of more than seven hundred pages, highlighting and documenting the number of cases that Muslims have castigated severely against those who in the name of Islam act with violence.

The 19-year-old studying at the University of Colorado, Heraa Hashmi, was inspired to create the document after a student from her class asked her why Muslims are so calm about the current situation and why they don’t condemn the attacks that the media says are linked to Islam. Completely baffled by her classmates’ question, she decided to gather information about Muslims who have criticised the actions of those who take extreme actions in the name of Islam.

The young Muslim student made an online spreadsheet and gathered comments and criticisms with their names, the comments made, followed by what organisation they condemned. The large spreadsheet that consists of major events such as the recent Westminster attack in London through to domestic violence,  has more than 5,500 views listed.

She has been offered a number of volunteers who are willing to update the spreadsheet with more sources. The project has rapidly grown, with over 18,000 retweets on Twitter, and a website named Muslims Condemn placed online. The website allows you to search and submit an event that was condemned by a Muslim.  Her tweet, since she posted it, has received more than thirty thousand heart counts.

According to the interview conducted by The Guardian, she said she wanted to show people that Muslims are concerned and they do care about who uses the name of Islam in a negative way.

She further said the Muslims Condemn project isn’t about Muslims apologising for every time an insane person labelled as ‘Muslim’ goes out and harms people.

“1.6 billion people are expected to apologise and condemn [terrorism] on behalf of a couple of dozen lunatics. It makes no sense,” she says. “I do not view the KKK or the Westboro Baptist church or the Lord’s Resistance Army as accurate representations of Christianity. I know that they’re on the fringe. So it gets very frustrating having to defend myself and having to apologise on behalf of some crazy people.“

She says that whenever a ‘Muslim’ commits a small crime or launches a major attack, then the whole community is faced with a backlash of hate speech and hate crimes. However, she points out when members of other minorities or even the majorities commit a crime, rarely does anyone expect anything from them. For they are seen as ‘individuals’ who committed the act on ‘their own’ and are not seen as the representatives of their nationality or the religion they follow.

Nevertheless, for the Muslims, it is the other way around.

Heraa has created this carefully monitored website and spreadsheet so that Muslims from across the world can update the database and respond to the accusations.

This article (A Google Document Proving Muslims Condemn Terrorism) is a free and open source. You have permission to republish this article under a Creative Commons license with attribution to the author and AnonHQ.com.