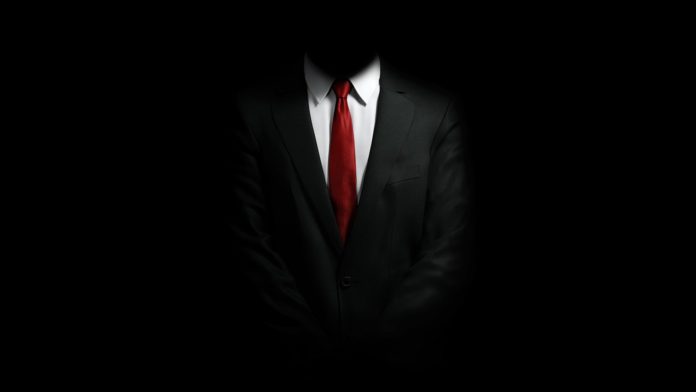 Those of us here at Anonymous Headquarters have decided to address some common concerns. We keep up with the comments as often as possible, and we’re aware of not only the support received, but the stereotypes as well. As such, we have decided it is time to address our readers on a more personal level to set a few records straight.

For those who are new to the idea of Anonymous itself, we will quickly answer some frequently asked questions:

Anonymous is a movement. It is not an organization as there are no leaders, associations, or an institute in the external environment. Anonymous is a following of people from around the world who identify with common goals. How did Anonymous begin?

Anonymous began in 2003 as a small group of hacktivists. After Project Chanology—Anonymous’ feud with Scientology—a transformation began to occur, and what started out as internet vigilantism has since morphed into an extension of the American Civil Rights Movement.

How exactly does the Anonymous Movement relate to the Civil Rights Movement?

While there have been other American civil rights movements in the past, the current Civil Rights Movement—which many do not realize is still in effect—actually began in the 1950’s as the African-American Civil Rights Movement, focusing on racial inequality. By the 1960’s, The Beats, also known as Beatniks, started an outpouring of political activism, and young, rebellious whites began to find causes to fight for as well. It was the beginning of a new era, with new attitudes towards race, sexuality, and the ideas of freedom.

Once the realities of the Vietnam War began to sink into the populace, a call for peace also became a rallying cry, and it didn’t take long for others to step forward with additional political, economic, and environmental concerns.

Although we are now part of a new generation with new wars, we are still fighting for the same rights today that citizens were fighting for 50 years ago. These are also the common issues Anonymous tackles, making the Anonymous movement an extension of the Civil Rights movement by default.

Thanks to our current technology, communication between citizens of multiple nations is possible, and the struggles civilians face around the world have, in a sense, merged together as one, making the term “American Civil Rights Movement” invalid. We are all now a part of the Global Civil Rights Movement. So how does Anonymous work?

Being a movement of activists, Anonymous works much the same way as our parents and grandparents did; we protest, picket, attend rallies, and spread information. Today, however, we have the distinct advantage of technology and the internet, and many who associate themselves with the movement have learned to utilize this advantage, sometimes taking direct action in ways the previous generations could never have dreamed possible.

There are a vast number of citizens with numerous talents and abilities that aid the Anonymous movement, creating different “branches.” For example, you have the courageous Anons who might only attend protests (foot soldiers, if you will):

And the ingenious, computer-savvy Anons who conduct operations:

There are Anons who take direct political action, creating petitions, organizing marches and blockades, or otherwise asserting their rights:

There are Anons in government:

And there are also, you could say, “intelligence” branches of Anonymous, those who focus on researching, obtaining, and spreading information: The Abilities of the Anonymous Movement are limited only by the talents, expertise, and initiative of those who contribute.

What branch does ‘Anonymous Headquarters’ fall under?

Anonymous Headquarters, or AnonHQ, is the headquarters for Anonymous news. Our main goal is to research, obtain, and spread information otherwise not available in the mainstream media which means we fall under intelligence. We also strive to support and bring awareness to the various individuals and organizations that are working to change the world in a positive manner. A secondary goal of AnonHQ is to work with the people, connecting citizens of the world to the movement in the most direct way possible, which is why we created the AnonBoards. It is our hope that over time, more individuals from around the world will come together as one to take back our planet from those who will otherwise destroy it. It is only after we move beyond greed, poverty, and war that we will advance as a species. We’d like to share a common example of the typical stereotypes associated with AnonHQ, and then address these issues as best we can:

Are we the real Anonymous?

Yes, we are, and anyone who’s truly familiar with the Anonymous Movement knows there are no experts on the matter capable of differentiating who is “fake” and who isn’t. Some of us here at AnonHQ are new to the movement, and some of us have been a part of it from the beginning. We have all taken direct action in one way or another, and we will continue to do so.

It seems a lot of people have made their own definitions of what it is to be “Anonymous” with most seemingly believing you must be a hacker. Well, that was circa 2005. We are now in 2015, and as mentioned before, that small group of North American hacktivists has since transformed into a global movement.

Does this mean other Anonymous sites are fake?

Nope. As mentioned before, Anonymous is not an organization, it’s a movement (we can’t repeat that enough), and there are people all around the world who associate themselves with the movement and provide their own unique contributions. We acknowledge that there are, and will be, some bad-eggs along the way, but if you recognize yourself as part of the movement and you stand for basic truth and justice, you are by default Anonymous.

Yes we are, and unfortunately, this is the reason for the ads. We have no benefactors, and we are not making a profit. Mainstream news outlets, such as NBC or CNN, make profits by selling airtime for commercials. We do not (we don’t have a news or television station).

Anonymous is for the people, by the people—not a corporation—therefore, we rely on ads to stay afloat. While mainstream news sources rely on commercialism, others might rely on subscriptions to either part, or all, of their websites. In order to bring our readers their news for free, we must continue to rely on ads.

We understand the inconvenience, and have suggested in the past for our news followers to use AdBlock Plus, a completely free and safe add-on that blocks internet ads. Not only will this make your experience at Anonymous Headquarters more enjoyable, but you will find your entire internet experience to be altogether, much more pleasant. The question as to who those of us at AnonHQ are appears to be a topic of controversy. While theories that we are undercover FBI or CIA agents are humorous to some, we take these concerns seriously, and understand the confusion considering we are not open with our identities—this is for good reason, however we will get to that in a moment.

The truth is, we are like all other Anons. Some of us are mothers and fathers, some of us are college students, and some are whistleblowers. Some of us work full-time menial jobs, some work undercover, others are self-employed, and there are some of us who might not work at all. We reside in various countries, and like everyone else, we live in houses, condos, apartments and flats, manufactured homes, and maybe even our cars. The one thing we all have in common is that we’re pissed-off with the current state of our nations and the world. Why don’t we take our masks off?

We have, in the past, outlined the reasons as to how and why the Guy Fawkes mask has become associated with the Anonymous movement, but we would like to clarify why it is some of us won’t “take our masks off,” so to speak:

Those of us who wear the mask do so for different reasons. For most, the mask represents awareness and defiance, and as such, it does not matter if your face and name are known. For others, the mask—whether physically worn or symbolically worn—serves as protection.

All of us who stand with the movement, whether we are protestors, hacktivists, journalists, etc., are putting ourselves at risk. We are stepping forward and putting ourselves in the line-of-fire for what we believe in, and the issues we fight for are on a national and global level.

Some of us are located in the United States (though the risks are everywhere), and aside from the obvious reasons one might need to hide their identity, we now have the Patriot Act to contend with.

Under the Patriot Act (which few members of the House or Senate actually read), if the U.S. government decides to declare an American citizen to be an “enemy combatant,” they can be held indefinitely without charge, and not allowed to see a lawyer. As to what constitutes an enemy combatant, the description is vague, however George W. Bush’s press secretary, Ari Fleischer, had warned American people to “watch what they say, watch what they do,” and Attorney General John Ashcroft declared that criticism of the administration’s policies aided terrorist enemies. AnonHQ is an alternative news source, not mainstream, and we have an online following greater than that of FOX or CNN’s online following. Our news is not approved, mandated, or regulated by government officials, and aside from reporting on issues they’d rather we didn’t, we have been known to criticize the establishment.

If those of us at AnonHQ removed our masks today, there would most likely be no AnonHQ tomorrow. So for some of us, taking off our mask is not an act of bravery, but an act of defeat, and we won’t be defeated. We hope this clears up at least some of the confusion and controversy surrounding Anonymous Headquarters. We will continue to keep up with the posts and address additional concerns as they arise. In the meantime, we at AnonHQ ask to be judged by our actions, and we leave those who are quick to make assumptions based on hearsay with this bit of advice: This Article (Anonymous Headquarters: Who Are We?) is a free and open source. You have permission to republish this article under a Creative Commons license with attribution to the author and AnonHQ.com.