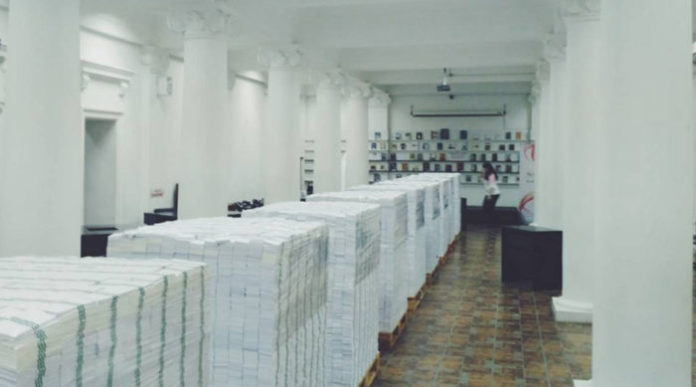 The financial crisis devastated the economies of the United States and Europe. In the United States, the federal government had to use taxpayers’ money to save the banks, despite compelling evidence the bankers were the ones who deliberately caused the crisis.

In the Nordic country of Iceland on the other hand, the government did the opposite of the United States government. The government allowed the banks to crash. It further launched a thorough investigation, putting some of the bankers behind bars. Currently, some of Iceland’s bankers are still under investigation, and the country’s government was widely praised for its response to the crisis. As the financial meltdown peaked in 2008, causing major concern around the world, it wasn’t until 2014 when something strange happened in one of Europe’s poorest countries, Moldova. Moldova is an Eastern European country and former Soviet republic. As a small country emerging from the Soviet Union, its economic fundamentals weren’t as strong as other comparable Western or Central European nations.

But the bankers refused to show mercy to the country, despite its ‘poor’ nature. In 2014, as much as $1 billion suddenly disappeared from three banks within the country. The money, amounting to 13 percent of the country’s Gross Domestic Product (GDP) was reportedly siphoned from the exchequer into shell companies outside the country’s borders. This resulted in months of anti-government protests by citizens on the streets. The investigations that followed the public protests revealed current and former government officials of the country connived with the bankers to rob the nation. This led to the jailing of the country’s former Prime Minister Vlad Filat, who was sentenced to nine years in prison. Filat was found guilty of corruption and abuse of power while holding office; Filat’s successor also later lost a parliamentary vote of confidence.

Although investigations into the disappearance of the money are ongoing, one of the country’s finest artists, Stefan Esanu, has created a money exhibit to highlight the banking scandal that rocked the country during the crisis. The exhibition displays 10 massive stacks of fake $100 bills, each weighing 500 kilograms (1102 lbs), at a library in the capital city, Chisinau. The stacks represent the amount of cash that disappeared from the banks in the country in 2014.

Mr Esanu told the Report news website in an interview that he wanted to help people visualize just how much money was stolen from their pockets by the bankers and the politicians. “People have no idea what a billion means. It is like saying ‘cosmos’ but people cannot imagine what this really means,” he said.

Many people from and outside Moldova are trooping to the exhibition center to catch a glimpse of what Esanu has created – and some were shocked by what they saw. Others said the money mentioned in abstract failed to get them thinking; compared to now, seeing it physically. They admitted it devastated the country.

This article (Artist Creates Money Exhibit Displaying How Corrupt Bankers and Politicians Ruined the Economy of Europe’s Poorest Country [Photos]) is a free and open source. You have permission to republish this article under a Creative Commons license with attribution to the author and AnonHQ.com.