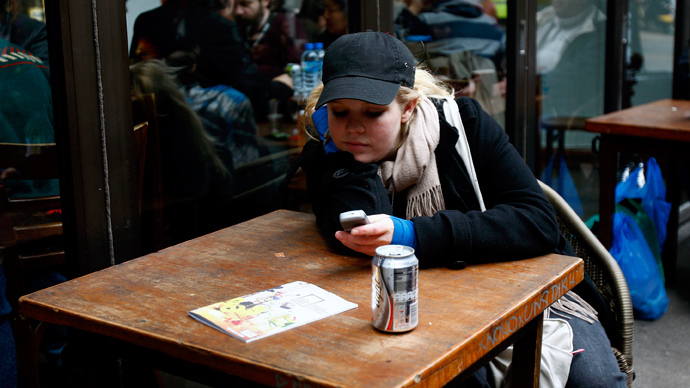 Myrna Arias, has filed a lawsuit against her former employer Intermex, a money transfer service in Bakersfield, for invasion of privacy, retaliation, and unfair business practices and is seeking damages in excess of $500,000. She claims she was fired for uninstalling an app from her official iPhone, that let her boss, John Stubits, track her movements 24 hours a day.

Xora, the workplace management, allows an employer to monitor workers who aren’t in the office, and is able to see the location of every on-field worker on a Google Map to show where they have been, the route they have driven and where they are now. The lawsuit alleges: “After researching the app and speaking with a trainer from Xora, Plaintiff and her co-workers asked whether Intermex would be monitoring their movements while off-duty. [Arias boss, John] Stubits admitted that employees would be monitored while off duty, and bragged that he knew how fast she was driving at specific moments ever since she had installed the app on her phone.

“Plaintiff expressed that she had no problem with the app’s GPS function during work hours, but she objected to the monitoring of her location during non-work hours and complained to Stubits that this was an invasion of her privacy. She likened the app to a prisoner’s ankle bracelet and informed Stubits that his actions were illegal. Stubits replied that she should tolerate the illegal intrusion.

“He confirmed that she was required to keep her phone’s power on ‘24/7’ to answer phone calls from clients. Stubits scolded Plaintiff when she de-installed the app in late April 2014 in order to protect her privacy.”

“The app had a ‘clock in/out’ feature which did not stop GPS monitoring, that function remained on. This is the problem about which Ms. Arias complained. Management never made mention of mileage. They would tell her co-workers and her of their driving speed, roads taken, and time spent at customer locations. Her manager made it clear that he was using the program to continuously monitor her, during company as well as personal time,” Arias’ attorney, Gail Glick said.