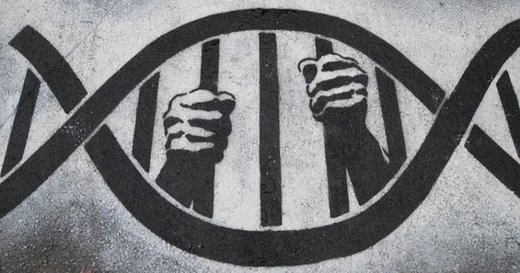 While reports on topics such as Trump’s taxes and Korea swarm the mainstream media, the GOP has quietly moved to pass a bill that would allow employers to either force their workers to provide genetic data, or face thousands in penalties, according to Forbes. The Preserving Employee Wellness Programs Act (PEWPA), also known as HR 1313, could bypass privacy protections by adding genetic tests to the required “workplace wellness” program, a move that could potentially save corporations millions while invading one of the most personal aspects of citizens, and their family’s lives.

As with other ‘voluntary’ provisions of health info under workplace wellness programs, employees could face paying thousands of dollars in care-related costs if they refuse to share DNA for inclusion in company-managed, somewhat individualized wellness schemes meant to bring health costs down. If they choose instead to provide samples for DNA testing, PBS notes, employees would open themselves up to invasive medical scrutiny that could easily extend to their relatives, potentially putting whole families at risk for discrimination.

Corporations and businesses can potentially save millions of dollars by choosing employees whose health will not impact medical insurance costs. Not only can Americans be discriminated against for genetic dispositions they’re unaware of, they can find themselves later facing queries based on a family member’s diagnosis. In the meantime, studies have shown workplace wellness programs help the public little – if at all – even though that’s how they’re advertised. Employers reportedly embrace them as a way to shift costs to employees, and this includes imposing penalties.

RawStory’s report brings to attention that under the Obama administration, employers already had “virtually everything they wanted for their workplace wellness programs.” Employees can be charged 30 to 50 percent more for health insurance if they refuse to participate in the “voluntary” programs. These typically include cholesterol and various other screenings, questionnaires regarding personal habits, plans to get pregnant, and weight loss and smoking cessation classes.

The bill was introduced by the chairwoman of the House Committee on Education and the Workforce, Virginia Foxx (R-NC), and it’s already been approved by a Republican-dominated House Committee. According to PBS (source linked above), the bill is “expected to be folded into a second ACA-related measure containing a grab-bag of provisions that do not affect federal spending, as the main bill does.”

On the public’s perception of this bill, Ana Kasparian reports in the provided segment below:

This article (Forced DNA Testing in the Workplace: The GOP’s New Orwellian Bill) is a free and open source. You have permission to republish this article under a Creative Commons license with attribution to the author and AnonHQ.com.