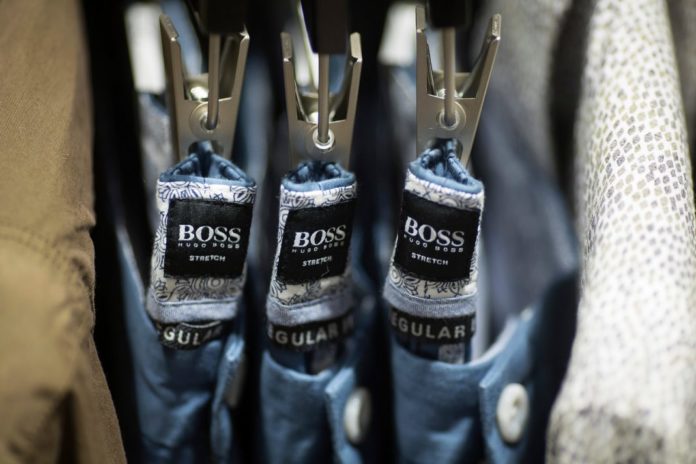 How do you feel about your Hugo Boss items hanging in your closet? Do you consider the human rights issues surrounding the making of these clothes? What about your Mothercare and Next items? Do you even know about the torments the workers undergo to ensure your tidy suits are impeccable?

Hugo Boss is under the pump after the luxury fashion retailer found cases of forced labor in its supply chain. A Guardian inquiry reveals young female workers have been held captive behind the walls of garment factories in southern India and prevented from leaving the premises for years on end.

The issue was noted in a 2016 sustainability report when Hugo Boss raised concerns about the free movement of resident mill workers. The subsequent Guardian investigation into the confinement of thousands of young migrant workers in factories based in Tamil Nadu found that Best Corporation, a company subsidiary of Hugo Boss, also supplies garments to fashion brands Mothercare and Next.

Mothercare claims freedom of movement for workers has been prioritised since 2014 and maintains significant progress has been made at Best Corporation. But Next denies problems of worker confinement exists in its supply chain:

“At no point in any of the 10 audits that Next has undertaken of Best Corporation over the past seven years has there been found to be any evidence of significant adverse impact on workers’ human rights, child labour … or any other major non-compliance.”

Although Hugo Boss released a statement ensuring “regular contact and intensive exchange with the body-wear supplier to work on changes together and to achieve improvements in the mentioned areas”, factory owners insist the policy of housing large numbers of young female migrant workers in dormitories in factories is necessary to ensure worker safety. But the Guardian investigation found young women are imprisoned in their workplace for up to four years with minimal contact with the outside. Gerard Oonk, director of  the India Committee of the Netherlands, a human rights organisation, says the lives of the resident workers is severely restricted:

“Mill owners usually defend themselves on the pretext of protecting the girls from abuse far away from home, but locking young women up for years at a time is not the answer.”

Of the 743 spinning mills investigated across the region, over half were guilty of illegally restricting the free movement of resident workers.

They are either not allowed mobile phones, or have their calls monitored by factory supervisors; they are not allowed to leave the factory of their own free will; and rare trips to local markets are conducted under surveillance. Meanwhile, local organisations are not allowed to check on their living conditions and face intimidation and threats from factory owners.

“One must understand that restricting the young women workers’ movements increases their vulnerability immensely, unless other measures are taken. They are vulnerable upon recruitment and kept in vulnerability during employment. They are also vulnerable to sexual harassment and other forms of abuse by male employees overseeing their activities during their trips outside the hostels and also at the workplace.” Tamil Nadu’s spinning mills have long been under scrutiny over human rights abuses and labor violations. The mills, which feed into the export garment sector, have encouraged lower caste and Dalit workers’ exploitation (their wages are withheld for years at a time).

Many authorities, companies and leaders in the industry acknowledge the exploitation, particularly those of young women workers. Unfortunately, much work needs to be done by those reluctant to change the system.

Perhaps by boycotting brands guilty of the behavior will influence the hip pocket, and bosses might be forced into changing their prehistoric ways.