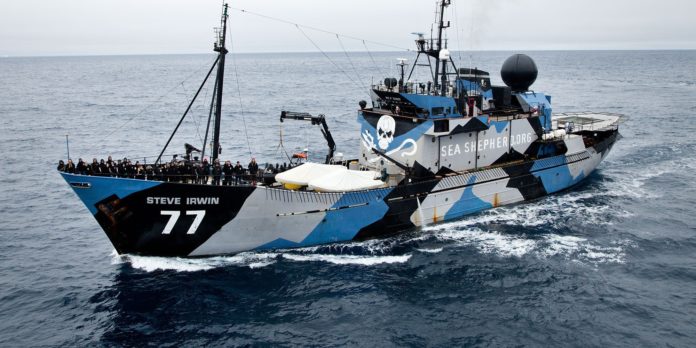 Are you dismayed by the amount of illegal hunting on land and in the oceans? Does it frustrate you that even though hundreds of thousands of activists have spoken out against the inhuman practice of whaling, countries such as Japan, Norway, and Iceland refuse to end their operations?

If so, you’re going to be ecstatic to learn that one activist organization is not only combatting the practice, it’s also winning.

After a series of intense marine anti-poaching operations that began in 2014 entitled “Operation Icefish,” Sea Shepherd Conservation Society announced that it has been successful in shutting down illegal fishing in Antarctica. It hasn’t been an easy feat, however. The team had to track down and destroy a group of illegal ships, including the “Bandit Six,” which have ben able to evade increased fishing restrictions or law enforcement for the past ten years.

According to One Green Planet, the vessels have been laying illegal fishing nets in Antarctica and bringing their catches back home every year. They’ve been able to do this by changing their identities before returning for another catch on the southern continent. Sea Shepherd caught on to the vessels’ tactic, however, and finally managed to put an end to the illegal activities.

One Sea Shepherd ship pursued the Thunder, a notorious illegal vessel, for 110 days straight and was able to sink it off the coast of Western Africa. Another ship confiscated a whopping 72 kilometers of gillnets, vertical nets that are dragged across are areas of water and are destructive to the oceans. The nets are used to catch large amounts of fish at once, but more-often-than-not also catch unintended victims such as seabirds and dolphins – also termed “bycatch.”

In March, the Indonesian navy sunk another illegal ship; now, four remaining vessels are being detained.

“Until the UN and other nations of the world can agree that there needs to be firm enforcement regimes on the high seas, Sea Shepherd will continue to send its ships and enforce international conservation law on the world’s oceans.”

Learn more about the activist organization by visiting the Sea Shepherd website.

This article (This Incredible Organization Just Ended Illegal Fishing In Antarctica) is free and open source. You have permission to republish this article under a Creative Commons license with attribution to the author and TrueActivist.com