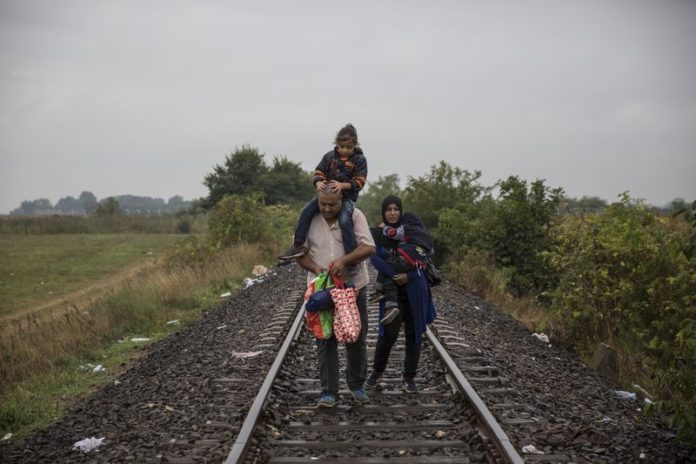 Here’s a SURPRISING statistic: did you know that Syria is according to the “UNHCR – Global Trends Report: 800,000 new refugees in 2011, highest this century” the fourth largest accept-er of refugees? That’s right, SYRIA that war-torn country run by a “despot” who had “used” chemical weapons( really ISIS/ the “moderate rebels”, as admitted by the US) had granted refugee status to more people than everyone else apart from three other countries… or some 1.8 million refugees according to the 2008 World Refugee Survey. These refugees were mostly from Iraq but they had taken in a large number of Palestinians and even Somalians. 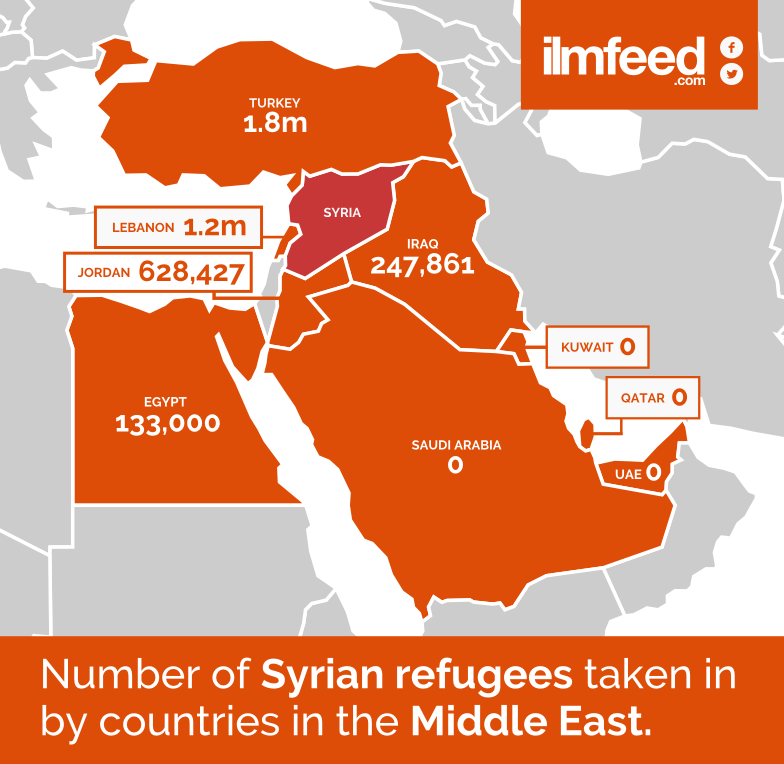 As one Twitter user from the region points out:

“It is shameful that they have to roam all about God’s earth and drown in the seas while fleeing death when we are supposed to be closer to them than the West.”

The People of these nations have shown that they are more than willing to do their bid for their Syrian brothers, but why do the leaders not have the same compunction? Well, when these countries’ governments have invested quite a bit into the very distress that the Syrians are fleeing from now… they would feel more than a little fearful of a vengeful Syrian refugee/ “moderate Syrian rebel” returning the favor (or as they would call it, they are fearful of inviting “terrorists” into their country).

Gulf nations have also ironically started pointing fingers at Iran, Russia and America; had the US done MORE to depose Assad, by giving more tanks to ISIS perhaps, somehow there would be no Syrian refugee crisis. Had Russia and Iran NOT helped Assad maintain the last bastion of peace in the war-torn region, everything would be great and ISIS would totally not be ruling the nation now.

The amount of humanitarian aid given has also fallen pitifully short, at one billion dollars which is a quarter of what the US had given. Surprising, considering how much they had spent on ripping nations apart as observed in Yemen.

Bobby Ghosh of Quartz had this to say about the hypocrisy:

The region has the capacity to quickly build housing for the refugees. The giant construction companies that have built the gleaming towers of Dubai, Abu Dhabi, and Riyadh should be contracted to create shelters for the influx. Saudi Arabia has plenty of expertise at managing large numbers of arrivals: It receives an annual surge of millions of Hajj pilgrims to Mecca. There’s no reason all this knowhow can’t be put to humanitarian use.

Moving away from the Middle East, Hungary too has shown a hostile desposition towards Syrian refugees, and this can be summed up with a single video:


Penned up and thrown food, these People are being treated like animals.

The US too has turned its face at this crisis, despite having had a role in creating it ( by funding and openly supplying “Moderates”, by destabilizing the whole fu***** region starting in Iraq, moving to Libya and now by stirring sh** in Syria because it apparently is incapable of learning its lessons). The US, knowing full well the capacity of the terrorists they had created, has enacted a rigorous screening system:

White House Press Secretary Josh Earnest: “Refugees go through the most robust security process of anybody who’s contemplating travel to the United States. Refugees have to be screened by the National Counter Terrorism Center, by the F.B.I. Terrorist Screening Center,” said Earnest. “They go through databases that are maintained by D.H.S., the Department of Defense and the intelligence community. There is biographical and biometric information that is collected about these individuals.”

Eleanor Acer of Human Rights First, in a statement: “This is not leadership, it is barely a token contribution given the size and scale of the global emergency. The administration’s announcement that it will commit to take in at least 10,000 Syrian refugees is far too little and is only a drop in the bucket toward providing protection to the more than 4 million Syrians who have fled their country due to horrific violence and persecution.”

After the compassion that the Syrian People have shown other refugees, it is tragic that they are being treated so poorly when they are the ones in need of aid. I suppose it was too much to expect that those who had provoked the conflict in the first place would be willing to take their fair share of the destruction they had wrought.

This Article (Syria Was One of The Top Four Countries That ACCEPTED The Most Refugees. How Syrian Refugees Are Being Treated Now Is Tragic.) is free and open source. You have permission to republish this article under a Creative Commons license with attribution to the author(CoNN) and AnonHQ.com.