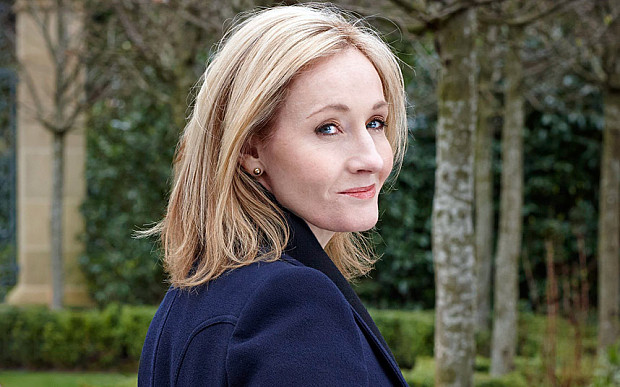 It’s ironic that society celebrates the elite who hoard their wealth and ‘penalizes’ those who share their good fortune with the world.

Author J.K. Rowling is one of the few celebrities who can relate to the billions of people who are struggling financially and hoping to better their lives. Before the Harry Potter series was a success, she endured heartbreak, divorce, and money problems – all which she persevered through as she scribbled the manuscript for her first big success, Harry Potter and the Sorcerer’s Stone, on napkins in cafes.

Her life was not without its troubles, but her determination eventually paid off. Not only did Rowling go from being a jobless single mother living off unemployment benefits to one of the best-selling authors of all time, she became the first billionaire author, which earned her a spot on Forbes’ billionaire list.

Recently, however, the author was booted off the Forbes list because she has been ‘too charitable’. It is estimated that the mastermind behind Harry Potter has given away $160 million to good causes that she respects. In addition, she founded Lumos, a charity driven to help children in Eastern Europe who are disadvantaged and/or institutionalized. In effect, her net worth has lessened.

Is she any poorer for giving? Quite the opposite. She says:

“You have a moral responsibility when you’ve been given far more than you need, to do wise things with it and give intelligently.”

While many would agree with this statement, it’s ironic that most people would still prefer to receive $1,000,000 than end world hunger tomorrow. Society has taught people to believe their worth is based on the amount of zeroes in their bank account. In effect, at a time when Rowling’s generosity should be celebrated, she’s being demoted from the Forbes rich list to the Forbes ‘Billionaire Drop-offs’ list.

Of course, if she is now a lowly millionaire, her name doesn’t belong on the list anymore. But does this ordeal not draw attention to the fact that society has been taught to idolize the elite who hoard their wealth and penalize charitable givers like Rowling? It’s an intriguing reality to ponder. In fact, this activist does an excellent job summarizing how backward society can sometimes be.

J.K. Rowling’s name may have been dropped off the Forbes list, but her generosity has helped win her more fans. Imagine if more affluent activists were inspired to share their good fortune with the world. Earth might be a drastically different place!

This article (J.K. Rowling Loses Billionaire “Status” On Forbes List For Being Too Charitable) is free and open source. You have permission to republish this article under a Creative Commons license with attribution to the author and TrueActivist.com