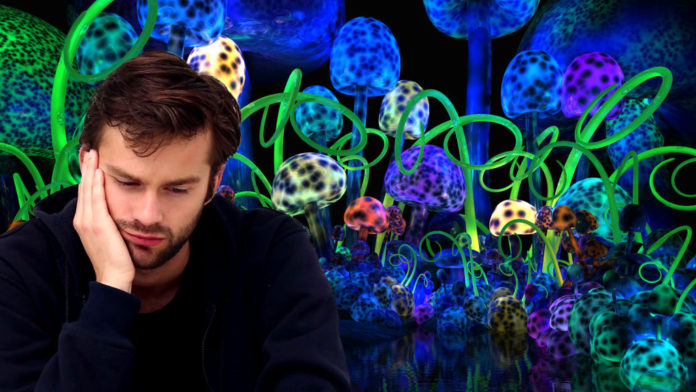 Magic mushrooms are known for containing psilocybin and psilocin, psychedelic compounds that cause tripping and hallucinations. While psilocybin and psilocin are listed as Schedule I drugs with no recognized medical value under the United Nations 1971 Convention on Psychotropic Substances, psychiatrists have confirmed magic mushrooms can break nicotine addiction and reduce psychological distress in cancer patients.

Recently, studies conducted in tightly controlled conditions at Johns Hopkins University and New York University reinforced the importance of magic mushrooms in treating illnesses that resist standard treatments such as depression and anxiety, suffered by at least 40% of cancer patients.

The studies, carried out on 51 patients at Johns Hopkins University and on 29 patients at New York University, showed that just a single dose of psilocybin could reduce depression and anxiety in 80% of participating cancer patients, and that the result was immediate and long-lasting (for up to six months).

“I described myself as doomed. The cloud of doom seemed to just lift. I got back in touch with my family and kids, and my wonder at life. Before, I was sitting alone at home, and I couldn’t move.  Psilocybin and this study made a huge difference, and it’s persisted.”

For the study at Johns Hopkins University, the researchers selected 51 patients diagnosed with life-threatening cancers including blood cancer, most of which were recurrent or metastatic, and each had been given a formal psychiatric diagnosis including an anxiety or depressive disorder.

In addition to experiencing changes in visual perception, emotions and thinking, most participants reported improvements in their quality of life, in their energy levels, and in their relationships with family members.

Dr. Roland Griffiths, professor of behavioral biology at the Johns Hopkins University School of Medicine and lead author of the study, commented:

“The most interesting and remarkable finding is that a single dose of psilocybin, which lasts four to six hours, produced enduring decreases in depression and anxiety symptoms, and this may represent a fascinating new model for treating some psychiatric conditions.

“A life-threatening cancer diagnosis can be psychologically challenging, with anxiety and depression as very common symptoms. People with this kind of existential anxiety often feel hopeless and are worried about the meaning of life and what happens upon death.”

According to Dr. Griffiths, traditional psychotherapy offered to people with cancer, including behavioral therapy and antidepressants, can take weeks or even months, isn’t always effective, and in the case of some drugs, such as benzodiazepines, may have addictive and other troubling side effects.

Dinah Bazer, an ovarian cancer survivor who was living with the fear the dreaded disease will come back, told Science Alert how the “mystical experience” of psilocybin helped her overcome her anxiety:

“I was totally consumed with fear and anxiety. The fear was eating me alive. It was destroying my life. So in 2011, I enrolled in a trial at New York University. Then, one day, I was given a moderately high dose of psilocybin. After feeling the drug kick in, I felt like I was lost at sea, afraid. I had a vision of my fear as a dark mass under my ribcage. It was consuming me. I became angry, furious. “Get the fuck out!” I screamed.

“A moment later, the fear was gone. It completely evaporated. I’m an atheist, but the best way to describe it — I felt bathed in God’s love, probably the most powerful emotion I’ve ever felt.  It really changed everything for me. I’m so much more active, so much more able to reach out. I feel like I belong in the world.”

In the United States, it is illegal to possess psilocybin as it is listed as a Schedule I drug with no medical value and a high potential for addiction. Dr. Stephen Ross, director of substance abuse services at New York University Langone Medical Center and lead author of the study at NYU, argues that psilocybin should not be a Schedule I drug:

“The new findings have the potential to transform care for patients with cancer-related psychological distress. These two studies, as well as previous research, suggest that it [psilocybin] does have medicinal value. And there’s no evidence whatsoever that it’s addictive. In fact, psilocybin and similar psychedelics show some promise for treating addiction.”

The researchers are planning a follow-up study with several hundred participants to see if they can replicate the results of the two new studies. Nonetheless, the publication of the two studies marks an American return to research on the therapeutic use of hallucinogenic drugs after a hiatus of 50 years.

This article (Johns Hopkins, NYU Studies Prove Magic Mushrooms Alleviate Depression in Cancer Patients) is a free and open source. You have permission to republish this article under a Creative Commons license with attribution to the author and AnonHQ.com.