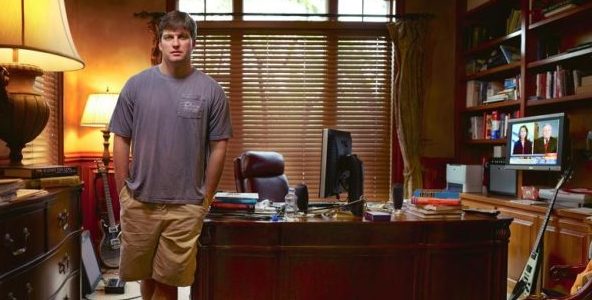 As far back as 2006, Michael Burry, the founder of Scion Capital warned America that there was an impending danger in the housing market of the country.

He specifically predicted that the market will collapse sometime in the second quarter of 2007, as rates will go up on many adjustable-rate mortgages. The government never took him seriously. The majority of the population, too, never took his message seriously.

However, his prediction came to pass; and many people regretted that they didn’t pay close attention to his warning. Unfortunately, by then, it was too late.

He was later immortalized in the Hollywood film, The Big Short. Despite the fact that the movie was produced to sort of honor his prediction, the harm was already done. If his prediction was given the needed attention, the damage may have been minimal.

It is against this background that we must take all necessary measures to not witness a repeat of the past. A recent video released by Minds .Com shows Mr Burry again, talking about the crisis America is likely to face as a result of privatization of water.

Burry explains in the video that the real value in water trading is the food that holds it.  Fruit and other foods that grow in water-rich areas can be easily transported, while water is a pain to move around. Therefore, if you are thinking about investing in bottled water companies, or buying land where the water comes from, you are off-base.

Mr Burry admits that he very nearly invested in water sometime ago, but the idea later appeared to him as irrational.

He says “Fundamentally, I started looking at investments in water about 15 years ago. Fresh, clean water cannot be taken for granted. And it is not — water is political, and litigious. Transporting water is impractical for both political and physical reasons, so buying up water rights did not make a lot of sense to me, unless I was pursuing a greater fool theory of investment — which was not my intention.

Mr Burry further adds “What became clear to me is that food is the way to invest in water. That is, grow food in water-rich areas and transport it for sale in water-poor areas. This is the method for redistributing water that is least contentious, and ultimately it can be profitable, which will ensure that this redistribution is sustainable. A bottle of wine takes over 400 bottles of water to produce — the water embedded in food is what I found interesting.” Observers say because the United States has the most favorable conditions for private ownership than any country, water, which is supposed to be a fundamental human right, is increasingly being given to private hands to manage.

Water activists have held many protests against the practice of privatizing water by the United States government, but the government is still reluctant to reverse the situation. It is believed that the increased interest in privatizing public water services in the United States is an outgrowth of political forces and public policies. That is to say, specifically favoring privatization of public services, including water resources.

Apart from the federal government policies, a states’ legal authority for public entities to privatize water systems has also aided the privatization trend. States have enacted statutes authorizing municipalities and other public entities entering into contracts with private corporations to supply water to the public.

Burry also touched on gold, land, real estate and other similar markets that have direct influence on our daily lives. The discussion is deep. It is another warning. We should stand together to free our water from private hands. It is a disaster in waiting.

This article (The Man Who Predicted the Housing Crash in America Now Predicts a Looming Water Crisis [Video]) is a free and open source. You have permission to republish this article under a Creative Commons license with attribution to the author and AnonHQ.com.