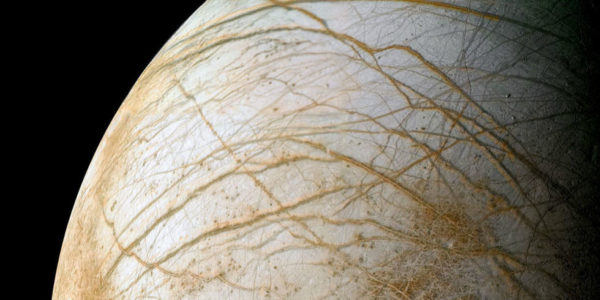 The rumors about alien life have once again appeared. This time, the rumors were started by an announcement made by the United States National Aeronautics and Space Administration (NASA).

According to NASA, it will hold a teleconference on Monday, Sept. 26, 2016, to present new findings from images of Europa, one of the largest of Jupiter’s 67 known moons, captured by the Hubble Space Telescope. Europa is said to be the sixth-closest moon of Jupiter, and the smallest of its four Galilean satellites, as well as the sixth-largest moon in the solar system. Its distance to Earth is approximately 628.3 million km. NASA said in a statement: “Astronomers will present results from a unique Europa observing campaign that resulted in surprising evidence of activity that may be related to the presence of a subsurface ocean on Europa.”

Immediately after NASA issued the statement, fevered speculations about alien life appeared on social media. The speculations emerged due to researchers in the past having said Europa is one of the best places to find alien life in the solar system. In fact, some astrobiologists have even theorized that organisms could survive in its oceans.

In late 2013, it is said the Hubble telescope observed water vapor erupting from Europa. Many researchers hailed the development as a ‘tremendously exciting’ discovery.

I really want it to be aliens. Just once.

Unless they are the murdery-type of alien, then natural processes are okhttps://t.co/9XydRjS1S9

Even before the 2013 discovery, previous scientific findings on Europa had revealed existence of a possible ocean located under its icy crust. Researchers who made the discovery theorized then, that if the ice on the surface of the moon is drilled to the ground, oceans will be detected. This discovery on Europa fueled the debate about the possibility of alien life. Lorenz Roth of Southwest Research Institute in San Antonio said at the time, that if the plumes of vapor were connected to the ocean beneath the crust, they could start searching for life nearer the surface.

The Telegraph quoted him as saying: “This means that future investigations can directly investigate the chemical makeup of Europa’s potentially habitable environment without drilling through layers of ice. And that is tremendously exciting.”

What to expect when you’re expecting aliens on Europa

In this current announcement by NASA, when speculations about a possible alien life on Europa began trending on social media, NASA tweeted to quash the rumors.

Extraterrestrial life, commonly referred to as alien life, is a life that does not originate from the Earth. Some cosmologists believe alien life ranges from simple bacteria-like organisms to civilizations that are far more advanced than that of human beings. Since the mid-20th century, there has been a significant surge in the search for signs of alien intelligence by researchers. Radios have been deployed to detect possible extraterrestrial signals and telescopes have also been mounted to search for potentially habitable extra solar planets.

Many science fiction movies on alien life have also been released to the public. This has increased the public interest in the search for alien life, especially among the western public. Some researchers encourage aggressive methods to try and contact alien life, however, some also believe that contacting aliens will be dangerous for humanity. Particularly this year, a possible detection of alien life, or planets occupied by aliens, has appeared many times in the media.

In August 2016, the German investigative weekly news magazine, Der Spiegel, revealed that researchers at the European Southern Observatory (ESO) have discovered a new Earth-like planet with water. Several attempts by journalists to have the ESO confirm or deny the report by Der Spiegel, proved futile, prompting some conspiracy theorists to say the organization has discovered a planet inhabited by aliens, and is hiding it from the public.

Recently also, Russian astronomers engaged in the Search of Extraterrestrial Intelligence, detected a strong mysterious radio signal on a sun-like star, around 94 light years from Earth. Light years is a unit of length used informally to express astronomical distances. One light year is approximately 9 trillion kilometres. According to the Russian researchers, the strange signal was detected from the direction of HD164595. This revelation sparked alien life speculation.

Stay with us for the latest on what NASA has discovered on Europa. We are following the event closely.

This article (Sept. 26: NASA Sets to Release Details of ‘Surprising Activity’ on Europa, Many Speculate Alien Life) is a free and open source. You have permission to republish this article under a Creative Commons license with attribution to the author and AnonHQ.com.